Send report
handling features sound quality
A big and cheap amp
JoniT, 22.11.2014
I bought this for home practice, with it I got a few distortion/overdrive pedals, because I knew that the distortion in this amp wouldn't be that good, but I haven't tried it... I just put it on clean and plugged the pedals in... So far I'm very pleased with the amp. At first I had some issues like the sound was really quiet, but that was my fault and I fixed it and now it works really good.

The features on this are really nice. Though I haven't touched the controls after the first day, because I'm doing everything on pedals.

There was one thing that really annoyed me though and it was that the headphone output comes before the FX loop... I had my reverbs and delays in my loop and one night when I wanted to play guitar, but everybody was sleeping, so I put on my headphones and I immediately noticed that the signal was dry with only the fx that I had put before the amp.

Other than that I do recommend this amp, as it is cheap and if you got pedals it sound good even.
Helpful · Not helpful · Report
Report rating…

Send report
handling features sound quality
Great clean sound, nice for beginner guitarists
06.12.2016
I would say that this amp is great if you're just learning how to play the guitar and you're not playing in the band and all you want to do is rehearse and get better. That was why I got this amp in the first place.

So as I wrote in the heading. This amp has really cool clean sound. It can be set nicely and you get a Fender-ish nice clean sound with a touch reverb. But when it gets to dirty sounds, they are actually dirty. Not terrible, listenable but you get what you're paying for. Maybe it sounds better if you use few stompboxes but I cannot comment this, because when I was using it, I didn't have any.

The built itself is solid and everything works as it should. I never had problems with playing on low or high volumes, it's also nice that you have the footswitch which I didn't expect when I was starting out, because I thought that this comes only with expensive high-end stuff haha. There's also an fx-chain and speakers output.

I also used it as a monitor because quite a few smaller venues don't have more than one monitor and this one was normally used for the singer, so this amp was monitor for the drummer, it went okay. It's no really what this amp is meant for but it is an additional feature.

Overall I would say that it's worth the money if you're just starting your path as a guitarist, but if you have some time to earn some money, spend a bit more and buy something that will be useful for longer period of time.
Helpful · Not helpful · Report
Report rating…

Send report
handling features sound quality
Solid clean sound for a great price
Chilly-Dilly, 08.06.2018
As usual, the Harley Benton brand is punching above its weight. This is by no means an amazing amp, but if all you're looking for is a loud amp with a good clean sound, this is the one. Having the 12" Celestion speaker is really nice, and it's not something any other companies (that I know of) could feasibly do at such a low price.

However, if you want a heavy metal tone, you're going to want something else. Personally, I'm thinking of getting the Revv G3 to go in front of the amp to solve this problem, but if you're not after the crazy metal distortion sound then it shouldn't be a problem for you. 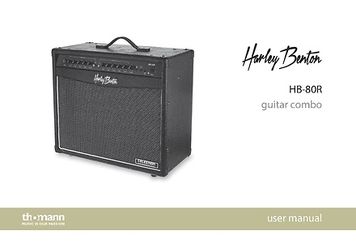 Show all
Guitar Setups
The range of available guitars and amps has never been greater than it is today, and a huge variety of sounds are easily accessible. 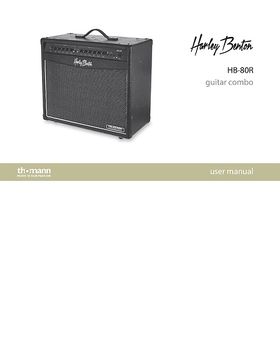