Clearly, this was not, in the least, tolerable and hence, we were all in need of muffles, or rather, fret wraps. Allegedly, they could be used further up the neck too, but again, I wasn't trusting my ears; so ordering one seemed appropriate.

A short time later it arrived. I unpacked it and looked at it. I looked at it again; and again; and, maybe some more. But, eventually, I went off to play a few of my basses; just to check that I had indeed lost the ability to muffle open string notes (and others), for whatever reason, after over 40 years of bass playing. I hadn't. Seriously; I double-checked: I hadn't. I could still play an open string in pretty much any fashion I wanted i.e., from a muted percussive effect (with no standard pitch correlation) to a full-blown resonating calamity; as you might find appropriate at the end of a Neil Young track e.g., Welfare Mothers. But, then again, I can do that with a fretted note too!

So, I went and looked at the fret wrap again, upon which I decided to place it, out of the way, above the nut, on my six-string bass; the instrument I will never own. But, at least the fret wrap would be safe until that time which will never arrive because, just like a six-string bass, I have no need of such an item and, I'm damned sure I never will; as I would imagine is true for many other bass players; at least in terms of fret wraps!

So. In summary. Fret wraps? Gimme a break; whatever next? A six-string bass, perhaps? Seriously? Okay then, as long as it comes with its own fret wraps, I guess that will be okay (not).

PS: And if you really must, make your own out of Velcro; at least it will save you some money and give you a wrap that fits your bass properly. Although why?; why? why? ...
Helpful · Not helpful · Report
Report rating…

Send report
quality
Does exactly what you want
Mark Camp, 07.11.2020
I use this on my seven string to get rid of the unnecessary ringing out of strings beyond the nut and also to help mute lower strings when tracking solos/lead playing.

I will say they may seem to be a little expensive for what they are but it definitely beats tying an old sock around your headstock looks wise.
Helpful · Not helpful · Report
Report rating…

Send report
quality
Harold21phil, 07.08.2020
I use the Gruvgear Fretwrap for my 5-string bass and I gotta say that it has helped me through my playing. It mutes those open strings really well and it helped me in learning how to tap. I would definitely recommend this for anyone who needs a fretwrap.
Helpful · Not helpful · Report
Report rating…

Send report
quality
good fretwrap
Sebastian365, 08.08.2020
using this on 5 string fender jazz. it is expensive but does well. way better than my old hairband.
Helpful · Not helpful · Report
Report rating… 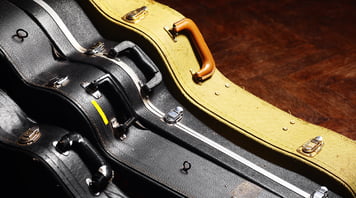 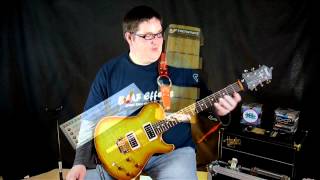 Show all
Guitar Accessories
We investigate some of the many accessories available for both guitar and bass.