I bought the Nyman and the Pops.

I've found the Pops to be quite sticky but helpful in producing a rich tone more easily than the Nyman. On the other hand the Nyman makes the bow catch less and feels more manageable somehow. It is also easier to control in application.

I also had the idea that the harder Nyman rosin would make me learn a better bow technique. I have no idea if this makes any sense though, particularly since plenty of professional players use the Pops.

I live in the north of England so temperature control of rosin isn't a big issue. I did find the Pops oozed sideways a bit on a shelf with a light nearby (though not actually underneath). The rosin block wouldn't come out of the case without a lot of banging so I can see that a bit of care is needed for managing that issue. The Nyman on the other hand has kept its shape resolutely. The result, of course, is that it sometimes takes a bit of working up and down before it softens enough to transfer to the bow hairs. The Pops applies immediately.

I guess overall that rosin is a very much a personal preference product. I've seen merits in both these products and at the moment am uncertain which I'd use long term. I think the decision will ultimately be based on the musical direction I go down and sound it requires.
Helpful · Not helpful · Report
Report rating…

Send report
handling quality
Not bad
Stajmen, 05.01.2019
Not a bad rosing at all considering the price, but i still prefer Pops
Helpful · Not helpful · Report
Report rating… 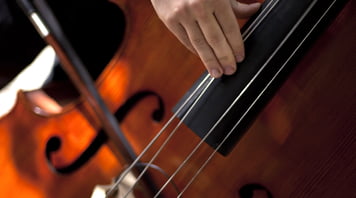