5014
pro snake Patch Angled Jack 0,15 m
£2.77
2177
Boss TU-3
£68
4110
Harley Benton PowerPlant
£38
68
Xotic XW-1 Wah
£259
25
Fulltone CS Mini Deja Vibe MDV-3 V2
£260
8
Fulltone CS-Ranger Booster
£255
12
Real McCoy Custom RMC10 Wah Pedal
£249
248
Dunlop Crybaby CB-535Q
£155
1
Morley Mini Kiko Loureiro Wah
£122
453
Vox VX V847A Wah
£69
54
Joyo Multifunction Wah / Volume
£66
12
Fulltone Custom Shop OCD-GE Overdrive
£209
105
Dunlop Kirk Hammett Signature Wah
£175
Morley MTPDW 20/20 Distortion Wah
£199
1
Fender Redondo Player Natural
£281
143
Dunlop CBM95 CryBaby Mini Wah
£88
14
Fulltone Mini Deja Vibe MK 2
£249
1184
Dunlop Crybaby GCB95
£75
164
MXR Audio Electronics MC-404
£198
24
Dunlop John Petrucci Cry Baby Wah
£211
21
Dunlop Cry Baby Mini 535Q Wah
£155
2
Ernie Ball EB6201
£249
6
Dunlop Dimebag Cry Baby Wah
£179
17
Dunlop DCR 2SR Rack Crybaby
£748
1
Sabian 16" HHX Thin Crash
£208
8
Friedman No More Tears Gold-72 Wah
£145
3
Morley 20/20 Bad Horsie Wah
£184
516
Truetone 1 Spot 9V/DC
£21.40
2
Dunlop Gary Clark Jr. Cry Baby Wah
£188
3
Ernie Ball EB6203
£249
51 Customer Ratings
4.6 /5
quality handling features sound
A good Wah once the noise problems are solved
BrendanM, 24.09.2013
The first thing I noticed about this Wah-wah when plugging it in was that it was noisy. After investigating, I found that the noise was coming from two sources: a scratchy potentiometer and the removable base plate which was not electronically connected to any ground point, as the paint was insulating it from the rest of the chassis. I sprayed the potentiometer with electrical contact cleaner, but it didn´t seem to help, so I contacted Thomann, who were very helpful and said that they would replace the pot free of charge. Once the wah got back to me, the second pot was much quieter. I solved the base plate issue by covering the inside of it with copper tape, and connected a wire from the tape to the ground lug of the input jack. After this, the wah was much quieter.
Once these noise issues were solved, the wah sounds good and feels good. It is obviously well built. My favourite sound is the ´wacked´setting, which gives you a deeper bass when you rock the treadle back. The LED is very handy, the input level adds a nice bit of grit, and the Buffer does its job well to make the wah usable in front of fuzz pedals.
Overall, it´s a good wah, my only criticism being that it comes with the base plate unconnected to ground, which could be frustrating if you have little experience in tracking down noise problems in your rig.
Helpful · Not helpful · Report
Report rating…

Send report
quality handling features sound
Best All Round Wah
DEC5150, 27.05.2013
Having tried a large number of the wah's on the current market, this one holds up as one of the most feature packed, useful pedals.

One of the things that was most important to me was that the wah pedal be true bypass or at least very high quality buffer. The Fulltone true bypass system is great. When the pedal is off, it's like it is not even there as far as retaining the signal to how it should be. Many of the wah's I have either owned or tested, would roll off a high amount of treble and high mid's from the guitar when in bypass mode, which was a deal break for me as there are only rare times that I need to use a wah, and for the most part of my playing it is off. Having something that makes the signal compromised when off just wasn't worth the trouble. The Clyde makes this a complete non issue.

The different modes on the deluxe version of this pedal are very useful as I found the Jimi setting sounds best with single coils, instant 'Jimi' wah flavour. The 'wacked' setting seems to work best with hot humbuckers, so it is nice to be able to choose these modes to suit which guitar I am using at the time. The wacked setting I would compare to something like a Bad Horsey wah or a Dunlop modern voiced wah. All 3 modes on the Clyde Deluxe however, use the same inductor.

The full metal pedal housing and bottom plates are very robust, and due to the shielded inductor, doesn't audibly hum when near other pedals or power sources as some other wah's do. The output buffer (not to be confused with true bypass/buffer bypass systems) allows you to use a Fuzz pedal or very high gain amp after the wah without any problems and simply, it allows it to just work right as you would want it too. The only thing I would change is perhaps to have the output buffer foot switchable with a kick switch as opposed to a flick switch as when changing back and forth between the clean and dirty channels on an amp, the clean channel with the wah with full output on the buffer, suddenly becomes very loud. A foot switch button on the side (like the CAE wah) could be useful to get around this.
Helpful · Not helpful · Report
Report rating…

Clyde Wah deluxe is well built, looks and fells heavy-duty made. I really enjoy LED indicator - I often had to double check if I have turned the pedal off when using other wah pedals and finally I have this fear no more!

As there are 3 different wah settings you will definitely find the one you like. Works great with fuzz pedals no matter if it's in front of them or behind - that also was the reason I bought it! What was pretty strange that it started to work better with my fuzz pedals after one week of using it - no idea why and how, but now it works absolutely perfectly :D

I really do recommend this wah as it's one of the best wah's I ever used!
Helpful · Not helpful · Report
Report rating…

Send report
quality handling features sound
Great sound, usability and sound flexibility
calaez, 23.11.2020
The pedal has is prepared for a heavy usage. The switch gives the posibility to get 3 different sounds very articulated and vocal.
I love this pedal and all the possibilities that it brings to me.
For me, it?s the best wah available on the market.
Helpful · Not helpful · Report
Report rating… 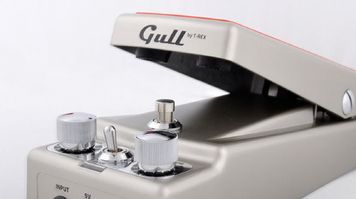 Wah Pedals
The wah-wah pedal is without a doubt one of the most striking guitar effect and familiar also to non-guitar players.
Interesting Accessories 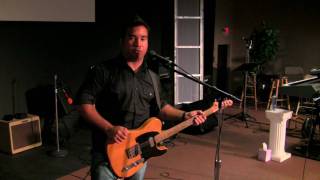 Show all
Wah Pedals
The wah-wah pedal is without a doubt one of the most striking guitar effect and familiar also to non-guitar players.
4:21
Show all
Thomann TV
Full­tone Clyde Wah Deluxe
test results:
Read review