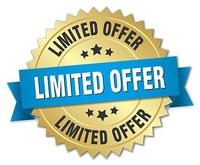 Reduced price for a short time only!

Through 30. November 2022 you will receive the Elektron Syntakt for a reduced price! So make your move quickly!

L
Great All-In-One Box Lot49 06.06.2022
I upgraded from the Model: Cycles, which I really liked, to Syntakt. You get 12 tracks instead of 6 and two LFOs per track. The sound design machines seem a bit more limited but there are more of them so, overall, you probably have more sound design options. I've not owned a Digitone or Analog Rytm but it seems like you've got both combined in one box. There is no sampling, obviously, and you are limited to a specific set of FM-type synth sounds - although the analogue dual VCO can create a surprising range of sounds because of the multitude of waveform combinations available: from Moog-style bass to disruptive noise. And the analogue drums are great. I've only had Syntakt a week but I can see that it's going to get a lot of use. With a bit of imagination you could almost certainly do a live set with the Syntakt alone. It's easy to create generic house, techno etc but if you experiment with varying track lengths and probability settings you can go beyond rigid, grid-like dance music. It works really well for ambient and generative music, for example. As with all Elektron products, the manual is long and there is a steep learning curve - but if you are familiar with their sequencers from other products then that will speed things up a bit. For me, the advantage to Elektron products is their portability: they get you away from the DAW and allow you to make music anywhere - and with 12 tracks that really can mean complete songs. Mine will be going on holiday with me this summer.

Edit: I've had this for about three months now and it's probably the best piece of gear I have ever bought. I own a modular synth and loads of other stuff but this is getting far more use at the moment. The range of sounds you can get from it is really surprising: Aphex- style IDM, cold wave, chip tune, dark ambient - even gamelan-style percussion. It's a complete analogue and digital drum machine AND analogue and digital synthesiser. Yes, there are limits to it - as with all gear - but there are usually workarounds. The only thing it doesn't really do is lush synth pads - so I bought the Digitone for that. The Digitone has more depth for pad sound design but it's difficult to put together complete songs with only four tracks, even with sound locks etc. But together they make a pretty fantastic combination. In fact, Elektron gear is so good that I'm now thinking of getting the Digitakt in the distant future when I can afford it. I'm definitely a convert.
handling
features
sound
quality
24
1
Report

R
An Almost Perfect Little Box Rakun 20.05.2022
This thing is amazing in almost all regards! The only real problem is: no easy ability to create full songs.. which is a shame really. I would also like an integrated battery, as it is quite portable otherwise.

Other than that, no complaints!
handling
features
sound
quality
8
5
Report

DM
Best groovebox Dee Ma 21.06.2022
If you ever used Elektron Model Cycles - you will recognize that original sound. If not - this is the best groove box ever made with it's own unique sound character. Small and well build - feels like a solid product with that metal chassis, controls at your fingertips, Syntakt combines FM synthesis with an analog feel. Plus, there is all Elektron original sequencer features such as parameter and sound locks. And you easily can transfer all your tracks to your DAW with a "Transfer" application - what else can you wish for?
handling
features
sound
quality
4
1
Report

Lo
So many strange limitations Lizard of Oz 13.11.2022
As an all-in-one groovebox without sampling, the Syntakt is ok. It doesn't have a compressor (even though you can use the amp section in the analog FX for a somewhat similar effect in some cases). It can't use samples, even though a gig of sample memory would have cost €0.50 extra, and the software is already finished (inside the Digitakt). What's also strange is that the analog sounds are fixed to slots 9-12, you can't assign slots according to function in your tracks. Makes playing live a bit harder, and unnecessarily so. Ok for people who do this as their main job, but for everyone else, this is a mess. I was looking for drum sounds, and I would have preferred more variation in the digital models here, because 40% of those are synth sounds I'm not interested in. And the variation of the analog models is still extremely limited, i can choose between 10 cymbal models, but only use one of them in my track. Same with the other analog tracks: 15 models, but only 3 simultaneously. What's more, when I want to use Midi tracks, I have to sacrifice a (digital or analog) track. The Digitakt or the Octratrack each have 8 Midi tracks, so why the limitation here, the analog tracks don't use more processing power than an MIdi track anyway. I also don't get why the macro controls are hidden so deep inside the menu structure, because Macros give you a lot of control over the machine, almost like a performance mode. A real performance mode would be even greater, but that is also missing. And of course kits, because every piece of music that uses more than one pattern would benefit from having kits, or else you end up copy-pasting each an every change in sound to the other patterns, and with 12 tracks that is 12 separate copy operations between patterns. So easy to mess this up.

So basically the thing gets in the way of what I want to do, due to all the strange limitations, which are entirely by design, and not by coincidence.

I really wanted to like this thing. Over the years, I have owned 7 different Electron boxes, of which I still have 3, and after 6 months, the Syntakt is still the one I find the least inspiring.
handling
features
sound
quality
1
0
Report