E-bow is so versatile and there are so many ways to experiment with it to come up with unique sustain-like sound. It does take a while to learn to control the sound, and the grip/movement/when to lift/etc. on the string is important. Point is - to experiment!
Helpful · Not helpful · Report
Report rating…

Send report
handling features sound quality
Exactly What You'd Expect, and then a Little More
CammojoDragon, 04.08.2017
You probably know already what to expect from an EBow, and it's exactly that; a simple tool for creating infinite, violin-like sustain on a guitar. It does that beautifully! I bought one to add drones and string-quartet-esque harmonies to my music, and in the process of doing this, I came to realise the EBow is a touch more versatile than you might expect. There's quite a few secrets to getting some really varied stuff out of it!

All in all, however, the EBow has made a fine addition to my ambient arsenal; there aren't many options to get this kind of sound, and the EBow sells for loose change compared to a special pickup system, and is a bit more unique than the effects pedals that try and capture the sound. Recommended!
Helpful · Not helpful · Report
Report rating…

Send report
handling features sound quality
I just love it
25.02.2017
I bought the e-bow just to try it. To tell the truth I saw a few bands performing with it, and I got interested.

Since I'm using ambiances in my music, specially in my next job, it seemed to be an interesting piece of equipment to have. At the moment I'm using Ableton, which is absolutely OK, but I wanted something more "human-made" if you catch my drift...

The thing is that I was absolutely impressed by the playability of the e-bow. It's really fun to play, and it has opened an unexpected new soundscape for me and my project. It works with guitars and basses. I'm already incorporating it in my music as a 'whole instrument'!!!

Another good thing is that there's a lot of tutorial, info, techniques available on youtube, etc, so it's quite easy to learn and one can start enjoying it very quickly.

Very happy with it, indeed. 100% recommend it.
Helpful · Not helpful · Report
Report rating…

Send report
handling features sound quality
It's an E-Bow.....what more it there to say? :-p
Sophie the tech, 22.09.2020
The first E-Bow I saw and briefly tried belonged to a guitarist friend who bought when they first came out about 40 years ago.
I've wanted one ever since but never got around to it.
The E-Bow is a distinctive sound and has to be just one colour you have available on your palette - it is not a "main tone" kind of device It is icing, not cake.
It is however good fun and even more useful in the world of todays mixing and editing capabilities. e.g. when recording, you can play a guitar line with a sound that has little sustain but then cross-fade into E-Bow on the notes that you would like to hold.

Using the E-Bow well in order to get the most from it will take practice. Moving quickly and smoothly from one string to another is a knack that one needs to learn.
- But that is also true of the plectrum! :-)
Playing long legato lines on a single string is very easy to do immediately, so even a novice guitar-player can pick up an E-Bow and immediately get some satisfaction from it.
I bought the E-Bow i.e. original brand because after watching several demoes and shoot-outs with other similar products on YT, the E-Bow still seemed to do the job best and the amount of money saved by choosing a cheaper competing product was not enough incentive to make a different choice.
Helpful · Not helpful · Report
Report rating… 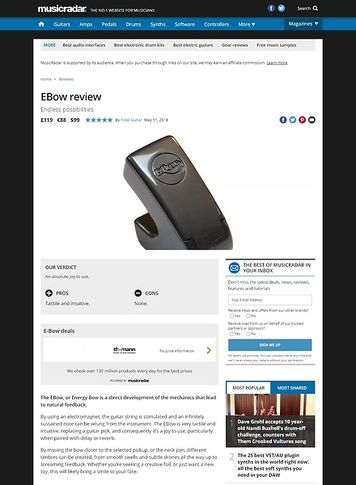 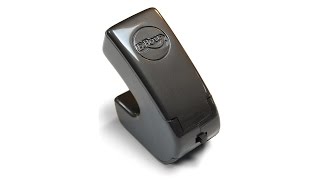 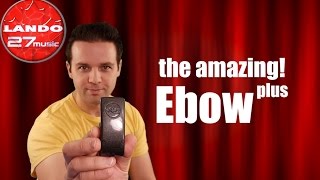 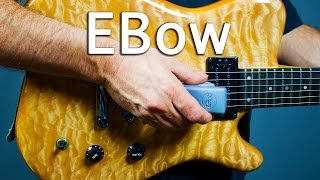 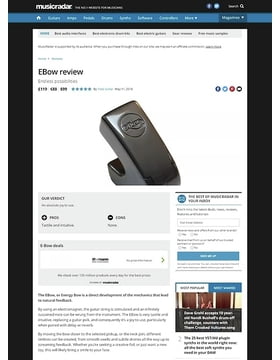 Show all
Modulation Effects Pedals
The term modulation in its broadest sense covers a range of sonic effects, from the subtlest chorus to ear-bending ring modulation.