Served with love! With our cookies we would like to offer you the best shopping experience possible with everything that goes with it. This includes, for example, suitable offers and remembering preferences. If this is okay for you, simply click on "Accept" that you agree to the use of cookies for preferences, statistics and marketing (show all).
Manage cookie settings

The Behringer X32 instantly became a milestone among mid-priced digital mixing consoles when it first appeared, and it has lost none of its appeal since then. Its clear workflow and interactive user interface together with the sheer wealth of features on offer made a lasting impact on the market and delighted countless users along the way. The space-saving “Compact” version of the X32 has eight faders fewer – and is thus 27 cm narrower – than its bigger brother, without any sacrifices in terms of functionality. The X32 allows 16 mic or line inputs and six AUX signals to be easily mixed in an intuitive fashion – whether live or in the studio. The X32 Compact’s internal plug-ins and modern network connectivity come into their own when mixing bands with extensive lineups, proving that it has the performance to match its looks. This bundle also includes a custom-built case from Flyht. 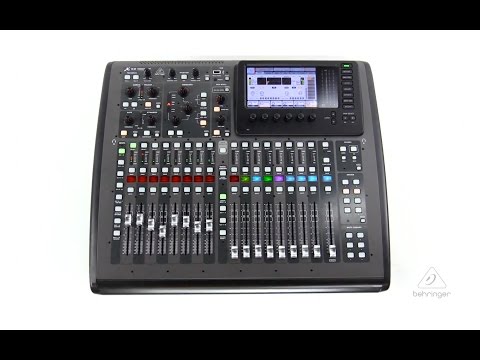 The Behringer X32 Compact is a ground-breaking digital mixer that comes at a budget-friendly price and has fulfilled a wide range of needs for many years. Motorised faders with 100 mm travel? Check! XLR outputs? The X32 has eight of them. Backlit control elements? Done! And the digital mixer also allows engineers to record using an external USB drive, control the mix remotely from an iPad, and view their parameters in detail on its 7” TFT colour display. What is more, each channel strip features a mini-LCD screen with backlighting, ensuring a clear overview at all times, even in low light. The X32 Compact can even be expanded to an impressive 96 inputs using an AES50 bus and additional stageboxes. However, it is also ideal for use as a studio mixing desk thanks to its 32-in/32-out USB audio interface with DAW connectivity.

The Behringer X32 Compact is a fully equipped workhorse for small to medium-sized venues where the front-of-house mix and a clear selection of monitor mixes are needed from a single source without unnecessary complications. The X32 Compact also provides “cue lists” in which sequences of mix scenes can be stored and recalled – particularly helpful when it comes to complex and recurring mix setups, e.g. concert tours with multiple bands and performance productions in which the cast on stage is constantly changing. The mix workflow is also made easier by DCA groups, which allow key channels to be controlled using a single fader. The mix engineer can thus leave many organisational concerns to the X32 Compact’s clear workflow and concentrate fully on the sound. The included case naturally makes this bundle particularly ideal for use on the go and also protects the mixer against dust and dirt during storage. 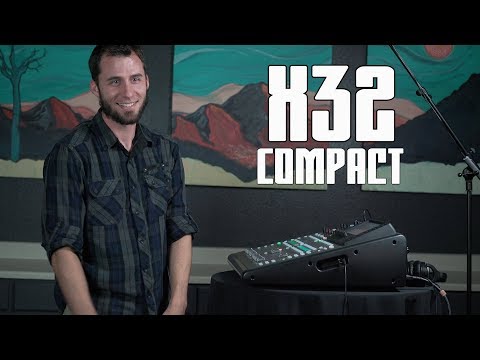 The Behringer X32 Compact is an impressive front-of-house mixing console which covers virtually all of the “most wanted” features that are offered by digital mixers in its price range today. It also goes without saying that the channels’ “Send” outputs can be used to create monitor mixes, which means a second mixing console for the monitor sound is no longer required, and its backlit controls make this all-in-one tool easy to use when mixing in dark surroundings such as clubs and concert halls. The latter function is at the core of the X32 Compact’s looks – from the TFT colour screen and illuminated dials through to the mini-LCD screens for each channel, which can be assigned various background colours and show both designations and basic symbols, making each channel instantly identifiable.

Ultranet is a transfer protocol that is used by Behringer and allows audio signals to be transferred between compatible devices via Ethernet connection. The X32 Compact’s Ultranet output is suitable for connecting category 5 Ethernet cables with RJ45 connectors, which means that up to 16 audio channels can be sent to devices like the Behringer P16-D distribution hub, PA speakers like the Turbosound IQ15, and wedge monitors like the Turbosound TFX 122M-AN. The Behringer X32 Compact’s routing menu can be used to specify which signal is assigned to which Ultranet channel. And for maximum flexibility, the position of the signal tap can also be set to either pre-fader or post-fader. 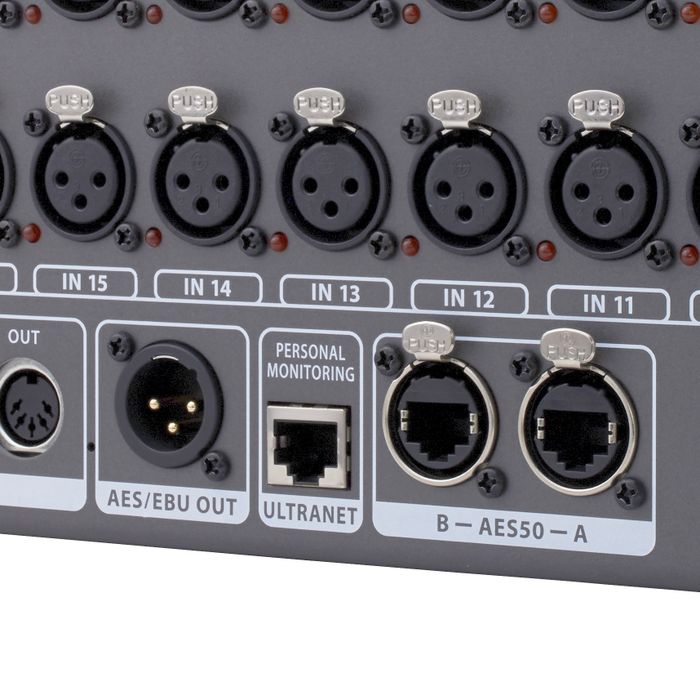