Qualité de fabrication Stabilité
Nice and stylish stand for my acoustic Taylor Guitar
Micey, 03.03.2021
I purchased this stand for its appearance, matching the style of my Taylor guitar and my room interior. Stand came in an assembly package, which was easily done. The guitar is well protected by fabric and rubber bits where the guitar touches the stand. The stand is firm and stable. Not suitable though for use in a location where people pass by the guitar, because it's not locked in the stand, however gravity does it's work fine if people don't touch the guitar. Assembly is done by (visible, philips head) screws, so once assembled you'll like to leave it assembled and not take it apart again, which makes it unsuitable for on the road. For the road I use a foldable stand instead. When the guitar is to be "stand-by" in your room, looking great and always ready to be picked up and played, this is a great stand for you.
Delivery done by UPS was not very successful (UPS left it at a depot on a 25km drive, claiming it had delivered to my home already). Could have received it 3 days earlier if they had done their job correctly. As UPS generally does not have a good reputation in The Netherlands, Thomann may want to reconsider UPS and use eg. DHL or PostNL for it's Dutch deliveries instead.
Utile · Inutile · Signaler l'évaluation
Signaler une évaluation... 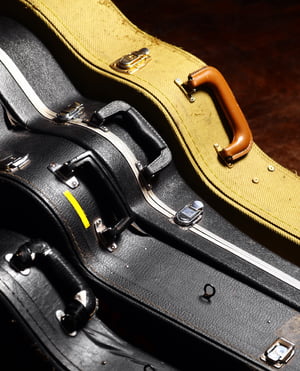