Dual CD units were the first to be developed, and although initially quite basic, current models provide almost identical features as a pair of their single CD counterparts. There are two basic designs available: Firstly, a two piece design which has a dual CD base unit without controls, and a separate remote unit with full controls and displays for each 'deck' – this allows remote mounting of the players themselves. The second type of design is a one-piece unit where the CDs are loaded into the front facia. Both designs are normally rack mountable for easy installation into club and bar setups. 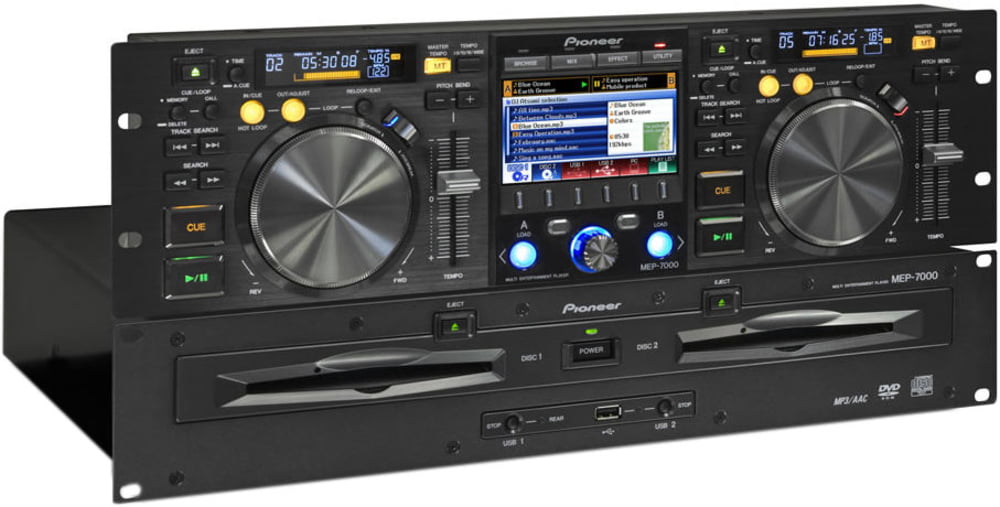 A variation on the one-piece design is the CDmix series from Numark, which is designed to sit on a tabletop and incorporates a mixer as well as the two decks. These units are very portable and are an excellent choice for mobile DJs and parties.

The earliest examples of dual CD decks came with only the basic features needed to beat match two songs; pitch control, play, cue, skip and fast forward and reverse, but these days you would also expect to see effects, scratching, looping, multiple cues and usually a host of other features.

Individual CD players were introduced after dual CD rigs, and are aimed at providing a user interface that is closer to the ‘feel’ of vinyl. This was a very important step in making DJ CD players more acceptable to mainstream DJs, and also paved the way for CD players to introduce scratch emulation. In this way you could finally do everything on a CD player that a vinyl deck could do, and much more.

The first generations of single CD players had only basic controls and were very similar in operation to the early dual rigs. Units of this type are rarely found these days, but the control system of all modern CD players is based around the same essential functions.

What sets modern single CD decks apart is the addition of a control platter. The Pioneer CDJ1000 was the first ever unit to incorporate this technology. Pioneer developed a touch sensitive top plate to the platter, which detects the presence of the DJs hand, and as a result the unit can manipulate music in a very similar way to a vinyl record deck - when you put your hand on the platter, the music stops just as if you had put your hand on a record. Moving the platter in this state ‘scratches’ the audio on the CD, and modern units typically offer very realistic scratching effects. In this way a DJ can cue and scratch just as if they were using vinyl. 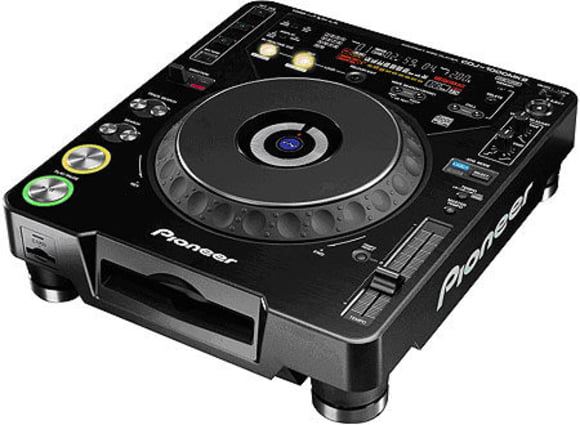 The Pioneer CDJ1000. Many consider this to be an industry standard, although it does not pack in as many features as some other players. Note the large touch sensitive control wheel on the top of the unit.

A rather more recent trend has been the addition of a motor to the platter, bringing the emulation of vinyl closer than ever before. Units from Denon (the first to introduce this design), Numark, (who introduced the first full size 12” control platter) and Technics are available with this technology. 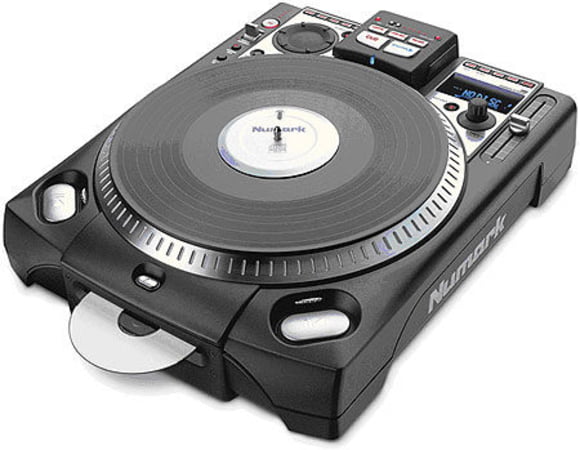 The Numark CDX1 - the world’s first DJ CD player with a full size 12” control platter. Scratching on this unit is almost indistinguishable from a vinyl deck.

As with modern dual CD decks, expect other features to be incorporated, including effects, scratching, looping, multiple/hot cues and master tempo among others. In the next section, each of these features is explained so you can understand some of the technology behind the jargon.