Caractéristiques Son Qualité de fabrication Utilisation
You Know What it is Already
Gearoid, 25.02.2021
I've only just come to grips with this thing - so far I've used it on the Silver mode running the gain flat out, and also as a clean boost on the Gold mode.

I'm very impressed with the tone in both cases. It's a very nice tone "sweetener" as a clean/treble boost. It has unity gain with the volume at about 10 o clock, so it can add plenty decibels of boost if needed.

I mostly like to run it in silver mode with the gain dimed. This gives a great moderate/high gain sound which is great for chords and leads. It palm mutes like the gain structure of a real amp and has real amp-like harmonics.

A certain amount of "clean" transient shines through always, especially in the low end (a bit of a "thump" of the clean note coming through). This isn't unpleasant and is true to a vintage amp sound, but it can be smoothed out by stacking another overdrive in front. Doing that actually turns this into a nasally late 70's and even 80's hot-rod plexi kind of sound to my ears - even up to the hair metal and early thrash metal sound, but with the vintage amp character shining through.

If you are an old-school kind of player who would have turned everything on 10 and used the guitar's volume and tone to control your sound, you can definitely do that with this pedal - and imposing those limits can get good things out of you as a player. The EQ is very bright when it's fully up, but is still usable. It sounds good when it's rolled back aswell - more dark and mid-focused.

The build quality and design is great. The switching options for gold/silver and turning the buffer on and off are clever, the silent switch has a very modern & solid feel to it, and the aesthetics that pay tribute to the original are a nice touch.

I have never tried an original so I can't compare to the benchmark in that sense, but after using it a few times now, I certainly understand the hype. It's a very inspiring pedal, and if you're thinking of trying one I would say try it. You can't really lose at that price.
Utile · Inutile · Signaler l'évaluation
Signaler une évaluation...

Caractéristiques Son Qualité de fabrication Utilisation
Excellent budget klon clone
DD King, 22.07.2021
This is a very nice overdrive. While I don't have a klon, to compare it with, there are enough A/B comparisons on youtube to know that they did a nice job and that the tones are there. The feature set is pretty nice, you can switch between a clone of a gold horsey or a silver one and between buffered and true bypass.

For 50 euro, honestly, I don't really care how well it does at recreating the klon tone - it's a great overdrive that goes from a nice clean boost with the gain low to a classic rock tone with the gain around 9 o'clock. As I run it into a Vox amp which is pretty bright anyway, so I usually roll of a little of the treble.

For the money, the tones are great and the build quality is rock solid.
Utile · Inutile · Signaler l'évaluation
Signaler une évaluation... 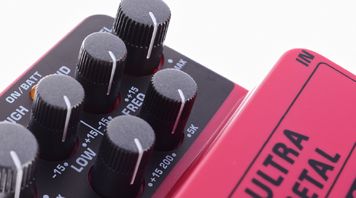 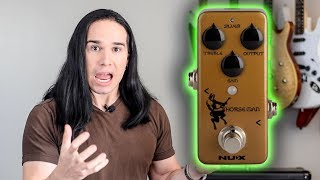 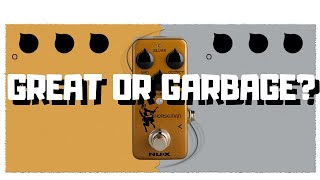 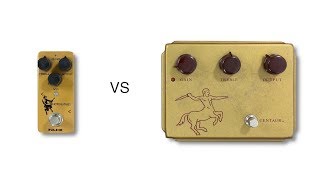 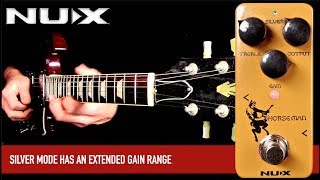 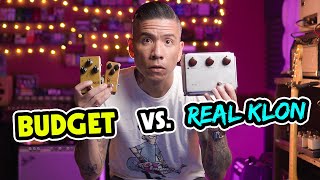 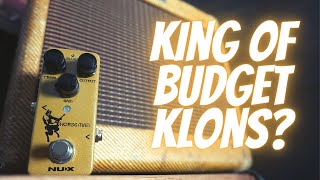 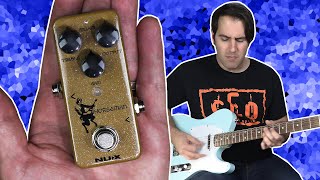 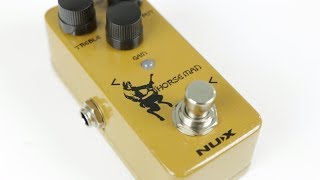