Caractéristiques Qualité de fabrication Son
Yes, they are good.
26.02.2017
Absolute stunning and detailed sound, besides glorious looks. Got used to them quite fast and can already tell mixing will be easier on them than all other speakers I've tested before. Rotating baffle is seriously genius idea, for me, personally, standard vertical position worked best in my room though, however they look best in horizontal, but sound is priority, of course. Nice and convenient knobs on back for low, mid and high boost/cut, was able to nicely adjust them till got really linear and not ear-fatiguing sound in my studio room.

One annoying thing is when they go in stand-by after dozen minutes of silence, it takes about 3-4 seconds before they turn back on after they get some sound input again. I have also Genelec speakers, which, on the other hand, turn back on from stand-by mode in less than a second.

Focal could have specifically written which footswitches are compatible for these to turn on/off focus mode, they mentioned basically all 1-knob ones do, however I was "lucky" enough I purchased one that doesn't work (it was from brand Orange) and will now have to get some other, that will hopefully work.
Utile · Inutile · Signaler l'évaluation
Signaler une évaluation...

Caractéristiques Qualité de fabrication Son
Amazing 3 way monitor! Worth the money!
Facettes, 06.01.2019
After 8 years of using a pair of Genelec 8030A, it was time to upgrade to a pair of Focal trio6. It's just a different world!
When I tried them the first time, The Focal Trio6 sounded bright and harsh. But after a couple of weeks of playing thousands of tracks with lots of dynamic range from soundtracks, classical music, chill out, lounge, folk... I was able to enjoy their performance and testing them on any material.
They are amazing for any work, from audio post-production for a video to mixing and mastering all sort of music! With the focus mode, I don't need to bother switching to a different monitor. I trust them and can work long hours without fatigue in my 11 square meter home studio treated with a primacoustic London 12 room kit.
Utile · Inutile · Signaler l'évaluation
Signaler une évaluation... 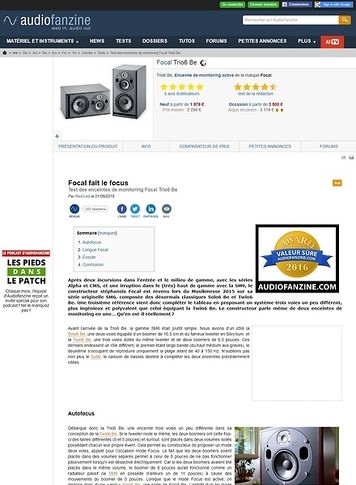 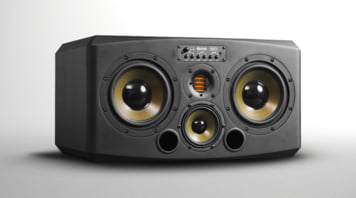 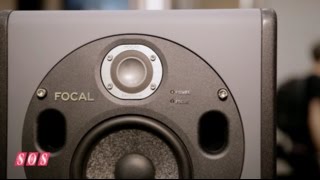