Utilisation Caractéristiques Son Qualité de fabrication
Gorgeous and True Stereo Sounds
FuraxFil, 26.05.2020
A lot of chorus pedals with stereo output will send the chorused sound to amp A and the dry sound (un-processed) to amp B... This is one of the few true-stereo chorus available on the market.

This box adds modulation, but in a subtle way. I like it when the LFO sweep is not pronounced too much because LFOs are predictive (I am a user of the Catalinbread zero point flanger and the Pigtronix quantum chorus). The panning in between the amps is also subtle and interesting; it's not comparable to a stereo tremolo or to a ping-pong delay. It creates some kind of 3D-sound in the room. It's like there is, in addition to the panning between left and right amp, some kind of intensity panning in between the amps and your ears. Difficult to explain... I tend to agree with Boss' statement: "It's modulation so people think it's a chorus, but it's not"...

When both inputs are used, the device is not sending input A to output A and input B to output B like others would, but will add its Dimension panning effect on top of e.g. a slow tremolo panning effect.

I was a purchaser of Boss pedals in the 1990's and all of them are still properly working in 2020 (Boss pedals last forever). I then switched to boutique effects. I am amazed how this Waza craft erases the disappointments I could have had with Boss in the past (noise, lack of warmth, connectivity).
Utile · Inutile · Signaler l'évaluation
Signaler une évaluation... 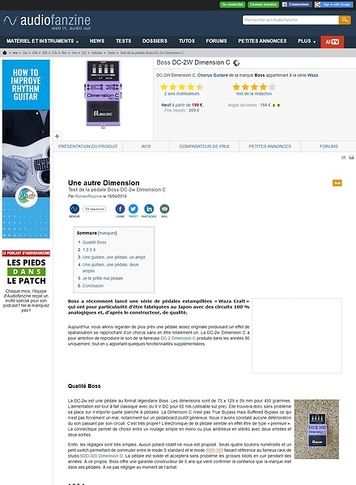 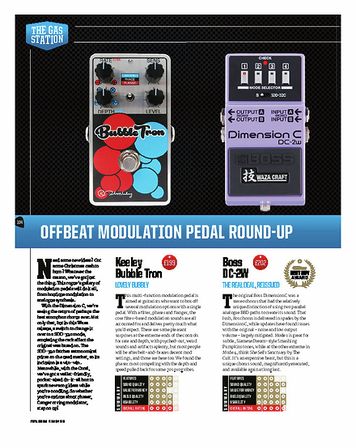 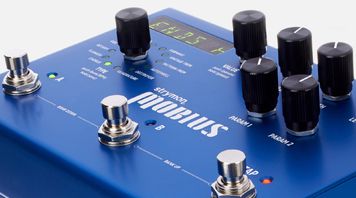 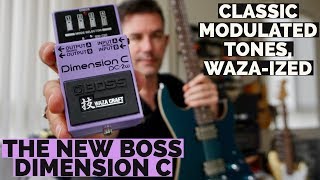 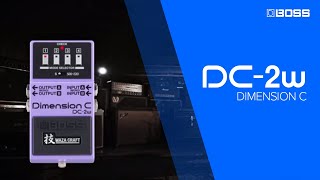 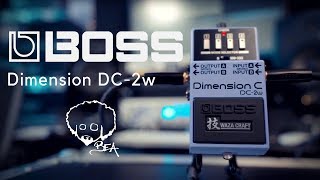 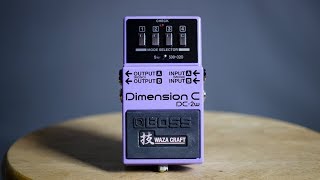 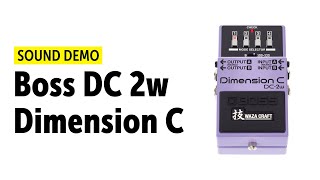