Utilisation Caractéristiques Son Qualité de fabrication
Snappy envelopes, but watch your S-trigs
Earl Langoustine, 27.02.2021
These are great, snappy envelopes, as you would expect from the Moog-derived design. This will probably be the only module you'll ever own that uses S-trig, so this one aspect will probably be unfamiliar, so here's how you know if the S-trigs you're sending actually work correctly.

- If the S-trigger is correct, the envelope will fully articulate through all A-D-S-R stages.

- If the S-trig is wrong, the envelope might not work at all, or might seem to work "opposite" (firing when you let go of a key). If the voltages are wrong, then only the Attack and Release stages will work, but you will not get a decay stage, and the sustain knob will appear not to do anything.

The Arturia Keystep can be configured into S-trig mode, but this device's S-trigs do not open the envelope correctly. Someone else online checked the voltage, and discovered that they do actually not short to zero volts. As a result, the 911 Envelope will not work correctly with Keystep S-trigs.

The Korg SQ-1 sequencer can be put into S-trig mode, and works correctly.

We haven't checked the Behringer 961 Interface, which converts V-trig to S-trig, but presumably it works too. But what if you don't want to invest 21 HP in this huge utility module? (Apparently, it is meant to pair with the 960 Sequential Controller.)

The cheapest and easiest solution is to solder a V-trig to S-trig cable yourself. I know, soldering might be frustrating, but this is quite easy to build. You just need a spare patch cable, a 2N3904 transistor, and a 10K resistor. There are videos online which explain how to build this cable. The electronic components cost less than a euro. By comparison, Doepfer makes a conversion cable, but it's 20 euro and is also big-to-small, meaning you would also need an adapter to work with this module in Eurorack.
Utile · Inutile · Signaler l'évaluation
Signaler une évaluation... 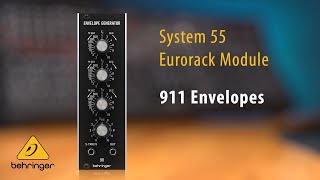 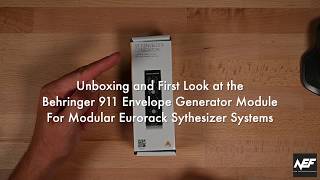