Työnjälki Ominaisuudet Käyttö Ääni
for me the best audio interface w/4 inputs
08.12.2015
i have alsis io2 express but i needed more inputs and wasn't happy with the latency performance
so I've been making choice between focusrite scarlett 6i6 and steinberg ur242.
I went with scarlett as it has decent reviews for its audio quality. but after a day of testing i was totally upset. a lot of buzz and noise probably caused by the ground loops or whatever. once I have connected active monitors the noise level coming from the input was unacceptable.
so i sent it back and took ur242. additionally i have read a lots of similar complaints regarding the noise.
the ur242 is something completelly different. the D/A has very very nice sound and is totally clean. i had tried the inputs and the were no issues with the noise or ground loop. i'm using the same cables. latency is awesome and audio quality as well. fully reccommended over scarlett anytime! and the price is lower too :) on top of that you'll get the latest cubase AI which is also nice piece of software.

update:
after I have post this review I have realized that this box has a VERY nice feature. Yes, it has DSP which is not new to me. You may add a reverb and one of the 4 guitar amp models (each one can be tweaked) per channel. That was something I ignored that and did not intent to use as I have everything in my Cubase. BUT - you can use the preset even your computer is shut down. That's really awesome if just want to quicly grab and play guitar without making noise during the night hours using a proper guitar amp. just power the UR242, plug the guitar in, put headphones on, or turn on monitors. I really love that feature. The amps do not sound awesome, especially on higher gain, but cleans and crunch is just ... ok for some practicing.
Auttava · Ei ole auttava · Raportoi ongelmasta
Raportoi ongelmasta...

Työnjälki Ominaisuudet Käyttö Ääni
Steinberg UR242
Antony Joseph, 28.01.2021
Great Interface that does everything a bedroom musician needs. Keep in mind 2 of the inputs are line inputs, so you'll need some processing in your DAW to have them operate as the main 2 in the front of the unit.

But honestly, all 90% of people using this interface will use is the first two line inputs which are phenomenal. The gain controls can bring a lot of lesser mics to life, phantom power is great, separate headphone and speaker out volume controls are awesome as well. 24bit/192kHz is way the hell more than you'll ever need.
Auttava · Ei ole auttava · Raportoi ongelmasta
Raportoi ongelmasta...

Työnjälki Ominaisuudet Käyttö Ääni
walterw2000@mail.ru
CoffieLWT, 14.02.2021
Gorgeous sound card for your money. In my opinion the best of the price order. High-quality preamps + DSP processor that allows you to record your vocals or guitar with reverb, compression, equalizer and different types of distortion. So far from this price range, this sound card is the best to date
Auttava · Ei ole auttava · Raportoi ongelmasta
Raportoi ongelmasta... 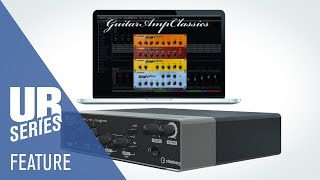 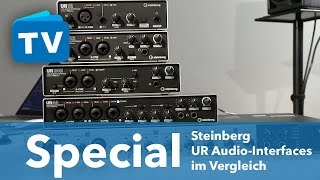 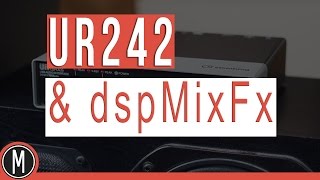 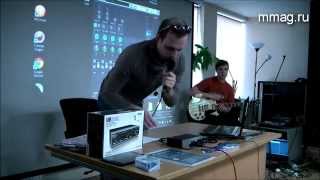 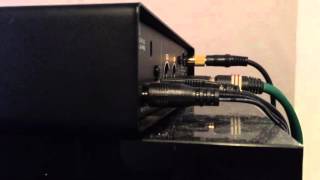 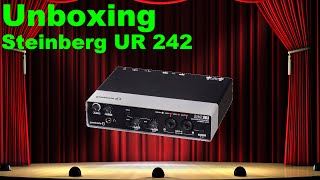 Näytä kaikki
Audio Interfaces
There is a wide range of audio interfaces available, and in the end, choosing the right one comes down to your personal preference.
Näytä kaikki
Recording E-Guitars
Our aim is to explain the basic process of recording the electric guitar!
Näytä kaikki
Home Recording
Home Recording can be very complicated. We're here to offer some advice!
Näytä kaikki
Computer Based Studios
This article will look at how to integrate a computer into different studio environments, and will highlight the issues of functionality and connectivity.
testitulokset:
Lue arvostelu