Ominaisuudet Ääni Työnjälki
Small mics with a big sound
DrCheese, 05.04.2021
I use these mics for field recording, recording classical music and for Foley, sound effect recording and sound design.

I knew these weren't large, but I was still struck by how small they were when I received them. This is great as I was looking for something small, light, portable, unobtrusive and capable of being placed in awkward locations.

The mics came in an aluminium, foam-lined case with clips and foam windshields. Frequency response charts for each individual mic are included.

The foam windshields are surprisingly effective. They comprise of a double layer of foam - dense foam layer over an open-cell layer. This proves very effective and I am able to use these outdoors in light breezes without the wind causing problems. Use Rycote BBGs in stronger winds.

The clips are also good quality - a metal base and plastic clip. The plastic is of the flexible kind so it won't break. They are a little tricky to attach to the mics, but once attached, the mic will not fall out.

The mics themselves are remarkable - extremely quiet (caveat discussed below) and with a big low-end response. Trains and waterfalls sound thunderous, but this also means they will pick up rumbles of distant traffic or central heating boilers that other mics won't. They 'hear' better than my own ears.

A big draw of the 8000 series mics is their extended high frequency response (up to 60000Hz for the 8020s), but be warned that this is achieved partly through boosting the ultrasonic signal aggressively within the mic. A look at the noise profile on a spectrogram shows a sharp rise in noise above 25000Hz. It must be understood that the quoted 10dBA self noise specification relates to noise in the audible spectrum. When using the extended high frequency response for sound design and pitching sounds down by playing them at, for example, 1/4 speed or less, noise in the form of a whistle can start to emerge. This is not to say that this feature is of no use; when slowing down loud sounds, this noise is inaudible or at least of much less concern. Just for quiet sounds that are pitched down, additional filtering or noise reduction might need to be considered. In my opinion, it is still preferable to have this extended high frequency, noise floor concerns can be mitigated by recording sounds extremely close to the mic and of course with an omni mic you won't have a proximity effect.

A more important discovery for me was their extremely clean, distortion-free sound when recording difficult sounds such as metallic clangs (e.g. rattling keys). For example, the Neumann KM184 produces nasty distortion rather readily with this sort of sound, but the 8020 remains noticeably brighter and cleaner and with less distortion.

Having come from using cheaper mics which typically have a boost around 8000 - 14000 Hz, these seemed less bright than what I am used to. This perhaps partly explains the 8000s reputation for being a 'dark' sounding mic.

I use these for field recording and soundscapes, either in a Jecklin disc setup or just as a spaced AB pair. They really excel at this, they have been totally reliable - no pops, fizzes or rumbles because of condensation - and the soundfield they produce is very open. Orientation does not noticeably colour the sound.

I also use one of these in a parabolic dish for recording birdsong. Their low self noise is useful here.

In my rating, they lose just one star on account of the slight disappointment about the noisy ultrasonic response and because the optional suspension mounts and pad/HPF modules are eye-wateringly expensive. Instead I got the Rycote Invision INV-6 suspension mounts which work and fit very well.

In summary, I highly recommend these mics - they have opened my ears to what is possible without having to go quite up to the price point of Schoeps or DPA.
Auttava · Ei ole auttava · Raportoi ongelmasta
Raportoi ongelmasta...

Ominaisuudet Ääni Työnjälki
The Sennheiser MKH 8020 Stereo Matched Pair
Fintan, 22.05.2013
My speciality is the recording of birdsong. I bought a matched pair of Sennheiser MKH8020’s recently because I need microphones that will work in humid conditions and also be omni-directional. I have them a few weeks now and I am very pleased, they are every bit as fantastic as I had hoped for, the sound is crystal transparent.
I had wondered about noise on the 8020’s as the work I do requires a lot of amplifier gain, but these mics did not disappoint, noise has never been a problem at all. I am becoming quite a fan of radio frequency microphones, their complete lack of modulation noise and distortion, the sound is noticeably cleaner and precise than normal capacitor mics. I have nothing at all negative to say, they may be really small but they are the ‘real deal.’ Even the foam wind shields that come with them are better than normal.
So to summarise, they have a wonderful crystal transparent sound, they will work in humid conditions where other ‘normal’ mics would fail, and they are small and light enough to bring anywhere and their frequency response goes up to easily fifty kilohertz, so will capture the harmonics of various crickets and grass hoppers. If it is bass you want then they have an extra octave lower than normal (Down to 10Hz). These are probably the greatest microphones on the planet, go on, buy them.
Auttava · Ei ole auttava · Raportoi ongelmasta
Raportoi ongelmasta...

Ominaisuudet Ääni Työnjälki
stunning
Bullerbü, 26.06.2019
just and pure omnis.
they don't hype recordings at all, still open up space, width and depth.
built quality is great, I don't like the nextel coating though, as the microphone clip leaves a mark, whenever in use - looks worn really fast...
Auttava · Ei ole auttava · Raportoi ongelmasta
Raportoi ongelmasta... 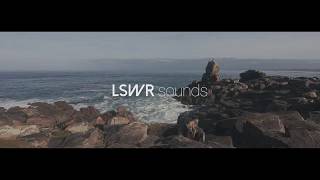 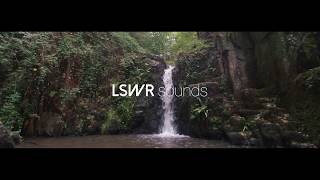 USB Copy Protection Key For software licences protected by iLok licence management, Enables serial use of the stored licences at different workstations, Depending on the size of the licences used, up to 1500 licences can be stored, Compact design…