Ominaisuudet Ääni Työnjälki
Fantastic pair of matched microphones
udiwudi, 17.10.2020
I bought these for my home studio and have had them for a few months now. I have been using them primarily as drum overheads, but also for the stereo recording of an acoustic piano (a 100 year old Bluthner, but that's another story) and the results are fantastic. I have had recording experience in a professional studio in the past (with Neumann microphones no less) and I can't honestly say that the huge price difference was manifest in the sonic results...

Cons:
- Don't include a stereo bar which could have been a nice touch but is understandable at this price point. Suggest getting the cheaper K&M model mentioned above and not the overpriced Rode model sold separately.
- Don't include a case - but again, understandable at this price point. I just keep them on the stand anyway and cover them in plastic bags when not being used...
Auttava · Ei ole auttava · Raportoi ongelmasta
Raportoi ongelmasta...

Ominaisuudet Ääni Työnjälki
Great Value, Great Mics
Jack D, 09.04.2018
As my first matched pair of mics I was really looking forward to getting my hands on them from the moment I made the purchase. I can say nothing but great things about these microphones, they are absolutely fantastic for their price and in my opinion excellently built. Whether your recording or gigging they can take a beating with their robust structure and finish. The mic clips are a little stiff but I wouldn?t class that as a bad thing as they are sure to stay secure in the clips. 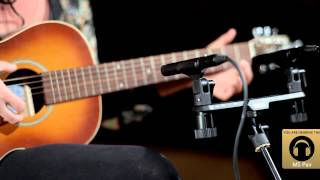 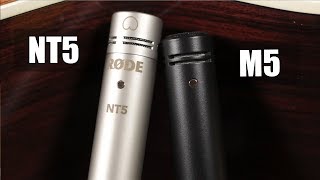