Käyttö Ominaisuudet Ääni Työnjälki
luaks, 13.04.2019
I've been on the lookout for a new Amp for more than a year before settling on the Rocker 15.
After having used my Peavey Vypyr for about 8 Years, I wanted a low wattage tube amp.
Out of a few british amps at a similar price point I liked the sound of the Rocker 15 the most.

Käyttö Ominaisuudet Ääni Työnjälki
Probably the last amp I will buy for a long time
tsiguel, 02.06.2020
Disclaimer: I was previously playing through Orange Micro Terror so I do like the "orange" sound.

Small negative points:
- Handle does not fold so I cannot set my backup on the top (not really a big issue)
- Aformentioned lack of bundled footswitch (not a problem since I was planning to get a smaller footprint one from a third party anyway)
Auttava · Ei ole auttava · Raportoi ongelmasta
Raportoi ongelmasta...

Käyttö Ominaisuudet Ääni Työnjälki
Great product but unfortunately not my thing
Ozzy Esen, 25.08.2019
This is a great amp with a very cool simple design and feature set.
It?s just so easy to carry in the bag comes with it and go to a gig/rehearsal. Build quality is very good for an amp made in China, it feels like real durable amp, not a gimmick.

I bought this amp after having not so nice experiences with build quality of some of the Marshalls I have owned.

But the sound / response is not my thing - although it sounds great - just not my taste. This amp has a slower and more compressed attack in comparison to a typical Marshall or Fender.
So this is not your amp if you are looking for a very sharp, fast pick attack or a sound that?s more pronounced at high mids. Think of this amp more as Black Sabbath / Gary Moore vs Van Halen / Iron Maiden.

If you are looking for a sound to fill the whole spectrum, and take more place in the mix with only one guitar, and sounding fat, very fat - then this is a great amp.
Auttava · Ei ole auttava · Raportoi ongelmasta
Raportoi ongelmasta... 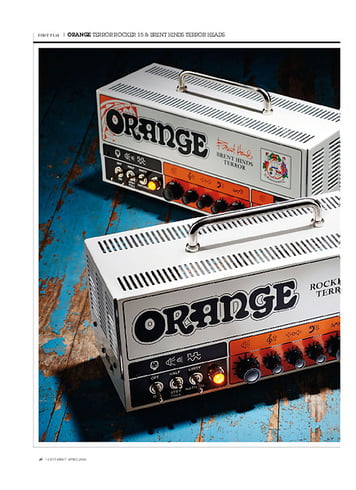 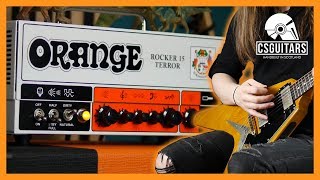 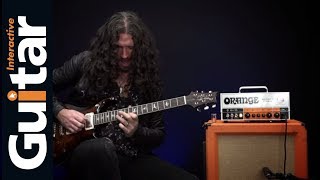 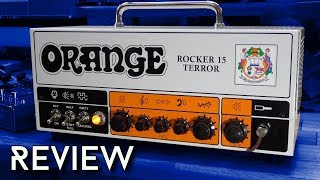 Näytä kaikki
Orange Rocker 15 Terror - Is this the Lunchbox Amp we've been...
Eytsch­Pi42