Työnjälki Ominaisuudet Käyttö Ääni
Excellent preamp/interface capable of standalone operation, but with limitations
Han-earl, 25.04.2020
As a general purpose guitar preamp, DI and recording tool, it's the one to beat. The low-latency power-amp and speaker sim is a great bonus. and it works extremely well. As a bonus. the Sono works as an untethered, standalone preamp and DI.

This is my second Audient interface. I also use the more modest iD4 which, with its awesome sounding jfet input stage, I also highly recommend for electric guitarists. As with the the iD4, the Sono is class-compliant USB interface, and setting-up and getting started doesn't get any easier.

Under-the-hood, however, the Sono has routing possibilities and editable settings that are accessible only via your Mac or PC. The amp/speaker sim settings are retained on power-down, and available in standalone mode. I've used the two-note's software previously on the EP for The Vortex so the UI feels familiar. The sim is mono, fwiw, but I don't really think that's a serious flaw, just something to be mindful of (you can record the dry DI sound in addition to the sim'd output, so you can re-amp later if you need).

The only real downsides compared to other Audient interfaces is that the metering is crude by comparison, there are no port labels on the top edge of the enclosure, it only has one headphone jack, and there is no loopback feature. I'm also not 100% convinced about the tone controls, but that's my personal taste (they don't feel to me like a blackface tonestack). Plus I might prefer the iD4's jfet input stage in comparison to the Sono's 12AX7 preamp, but that's a hair's difference.

Työnjälki Ominaisuudet Käyttö Ääni
Very versatile and good sound quality
Dominykas Velicka, 26.08.2020
I use this audio interface mainly for guitar recording. I is very versatile audio interface. Not like the other audio interface, it has software mixer, which you can use instead of monitor mix knob. Also software mixer has several routing possibilities, so with any DAW you can have separate mixes for headphone output and line output.
Another great feature is that you can use it as a reamping box. You can put your guitar directly into the audient sono DI input, connect your amp output to guitar amp, put the mic on your cabinet and do the recordings. with this feature you can record 3 guitar tracks on your DAW: 1 - direct guitar input, 2 - torpedo cab sim, 3 - yours amp mic. It is great feature you want to record your guitar feedback and also have the clean guitar signal in parallel, and yeah if you don't like the your recorded guitar tone, you can anytime reamp it.

Pros:
- very versatile, different routings with sono mixer software
- good sound quality
- reamping
- you can use it as stand alone guitar pramp (no need a pc or a laptop to be connected)

Cons:
- build quality, I don't like the feeling of the knobs. Also it feels that if you drop it on the floor, the tube will be damaged.
- very complex setup and installation for the first time.

Overall:
This is a great interface for guitarists and bassists, has a different routing possibilities, you can use it without a pc, as stand alone guitar preamp. Have tube preamp section, so it works very well with guitar pedals in front of it. I do not recommend it as your's first audio interface, it could be painful to setup it and use a software mixer for your needs.
Auttava · Ei ole auttava · Raportoi ongelmasta
Raportoi ongelmasta...

Työnjälki Ominaisuudet Käyttö Ääni
For guitar and bass players
AHStudio, 24.02.2020
The sound is very good and the preamp or lamp is sounding just great!
Put a drive before Sono and you get warm and genuine amp sound in the output. No need for amp as this thing will do the job for you. Hook it up to main mixer and you will get all the sounds for your guitar or bass in a sec.
Auttava · Ei ole auttava · Raportoi ongelmasta
Raportoi ongelmasta...

Työnjälki Ominaisuudet Käyttö Ääni
Serious Interface for Guitar
Entyce, 11.03.2020
I like this way of working...rather than recording 'clean' and trying to add amps and effects in the DAW, this encourages you to get the tone right up front, then print it when you record. Really good simulations, with great FEEL (very important) and control. It is also very useful as a 2-channel mic pre too - I've used it on sax and acoustic guitar with Neumann mics. Audient is great gear and this is a unique interface in the market at the moment.
Auttava · Ei ole auttava · Raportoi ongelmasta
Raportoi ongelmasta... 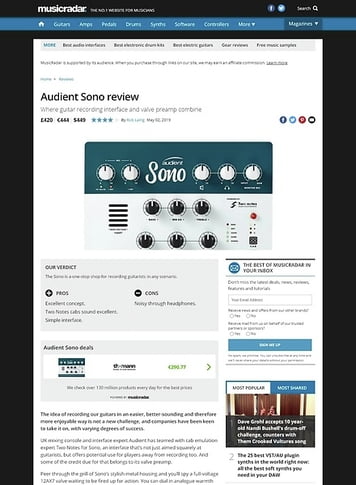 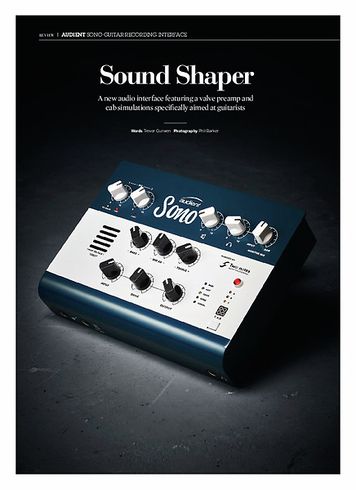 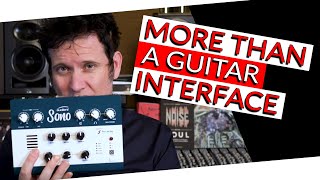 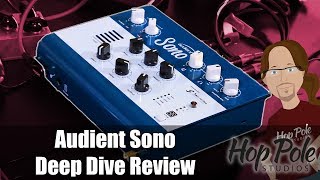 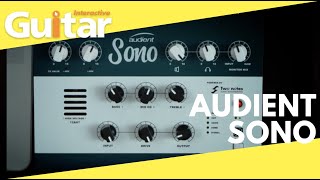