Características Sonido Fabricación
I wouldn't trade it for anything
Vildhjarta, 04.12.2018
This bass is the bass of my dreams.

I've now been playing it for a bit over a year, and i'm still baffled how great it is. It's expensive, but it's nothing compared to what you get, really.

Overall feel:
The overall feel of the bass is very nice. There's been cared for the details. The wood itself is quite heavy, a bit like mahogany, maybe even a little heavier. The grain of the wood is very beautiful, and after playing it a lot, the area your forearm rests at, the neck and the areas around the knobs becomes almost polished, as if it were waxpolished. Even without it being plugged in, the instrument is VERY resonant!

Hardware:
The hardware is very great, it feels very expensive and the tuners are VERY smooth. It's very easy to change strings, you just cut the string at the right lenght and put it into a small hole at the machinehead, and turn. The jack input is nice and firm, not sloppy at all. So is the volume and tone knobs. There was a little bit of rattle at the bridge saddle for the C-string when I played it, due to the saddle being a little too small for the bridge. This could not be heard from the amp, but it annoyed me enough which made me put a little piece of folded paper in the small gap, which solved the problem.

The sound is what makes this instrument unique due to the MEC pickups. I suggest you go to youtube and listen to a couple of reviews, to see if you like the tone.

Don't expect much from the gig bag that comes with the instrument. It fell apart already after only using it a couple of times. The zipper for the storage broke and one of the straps fell off due to poor quality. The velcro fell off aswell, due to it not being sown on good enough.
It also comes with a small tool kit, including a wiping cloth, 2 allen key (or hex keys), a long, sorta kurved one that fits nicely in the trussrod, and one for the bridge and just-a-nut. 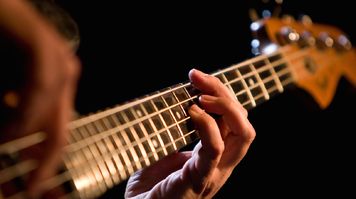