Uso Características Sonido Fabricación
User Friendly with Professional Results
Halina, 01.05.2015
The first thing you notice about the Tascam DP 008 EX is that it is very small; barely bigger than a paperback book at about 8 inches by 5 inches. But it certainly packs a LOT of features into a small package.

The unit is attractive and professional looking, with a bank of individual knobs at the front, 3 for each track: volume, left/right pan and reverb. The display screen seems very small at first but it is very easy to read, being back lit in a nice bright orange colour. It uses a series of menus to make choices in a step by step fashion, which you will quickly get used to.

The power supply is sold separately but is worth getting because although the 4 AA batteries make it portable and convenient to use anywhere, they only last about 5 hours of continuous use. I also bought a 32 GB SD card for it which enhances its capacity to hold lots of songs by a long way.

I made my first recording using guitar, bass, electronic drums, keyboards and a vocal and found the whole process easy and straight forward. You can visually monitor each instrument as the signal is shown in the display moving up and down as you play and during playback.

I bought a set of headphones to begin with for monitoring, but it is advisable to get monitor speakers as soon as you can. It makes the whole process so much more relaxed.

The on board condenser microphones are very good. I have done all my singing using them so far. You can plug your guitar or bass straight in and the results are excellent. Mixing the track is the real fun part. Once you have done that, I found it very easy to transfer onto a computer.

There is a basic, quick, easy way to record which will get you started on the way to your first recording but the more you use the DP 008 EX, the more you discover advanced features which you can incorporate as your technique improves.

Uso Características Sonido Fabricación
Fantastic little multitracker
RN., 07.08.2015
Field report.
I should start out by saying that this great little device will not be able to record an ensemble performance onto individual tracks per instrument, you can't record your band rehearsal unless you're only going into stereo - this machine records two tracks at a time.

I bought the Tascam DP-008EX to act as a portable substitute for my larger 24-track digital studio (also Tascam), since my main studio feels more like a workspace and sometimes I want to be somewhere "simpler" where I find the ideas come to me a little better. So I needed a notepad, and what better than a digital 8-track that really is about the size of a notepad?!

The price is very reasonable for what you get; there are smaller 4-track recorders available without mixing facilities that cost about the same. It nevertheless has compromises that affect its usefulness as part of a larger system, which I will come to.

It works well out of the box, although in my opinion it needs a power supply and doesn't come supplied with one. Instead you have 4 alkaline AA batteries to get you started although it also uses rechargeable (NiMH) batteries. You can do a long day's recording on one set of batteries, so if you're a guitarist your fingertips will hurt long before the unit runs out of power!

It takes a few moments to "boot up", and runs through a little animation until it allows you to start work. The menu system and method of working should be studied before you get to work with the unit, although if like me you use a larger Tascam machine, some of the options will be familiar. It's just quicker to read the manual in one sitting rather than feel your way around the options as you go (tempting though it is), because there are limitations that need to be borne in mind, such as the ability to record only two tracks simultaneously, so the manual is good background to stop some headscratching later - which is worse for creativity than knowing your stuff to begin with.

If you want to know the features before you buy, it is possible to download the manual for the DP-008EX from the Tascam website and figure out whether it meets your needs before parting with any money. There are also hands-on reviews on Youtube and elsewhere.

For recording music with no automation (using MIDI or synch options) this unit is marvellous. The ability to record through two small condenser mics situated on the front panel is excellent. I thought it would be a poor relation to using a "proper" mic, but the results really are usable. Changing the input sources is a bit of a fuss, going through the interface as necessary. It becomes easier with practice but isn't as simple as having a dedicated input source switch. I also experienced problems with what sounded a little like feedback at first, but which seemed to be vulnerability to interference from nearby electrical cables. I still haven't localised that problem, although as it is set up presently, it works fine.

The audio is clear and well defined on headphones, and the unit will drive computer speakers through the socket without a problem, although then you'd have to be careful about feedback if using the built-in mics. There is a demo song recorded on the supplied SD card (now 4GB rather than 2GB) that demonstrates the fidelity of the unit very well. The usual techniques of recording are essential on these smaller units, keeping the signal level high when recording so that later the noise floor isn't as obtrusive. Certainly if the demo on the SD card was recorded on the DP-008EX then quality is not a problem.

Effects routing is less obvious than I expected, and the settings are sometimes not obvious at first glance because they are displayed on such a small screen. There are significant compromises on the display side of things that can sometimes be frustrating although the effects, when you get them, are limited but not bad quality. This is however a notepad, and reviewing it as a studio is somewhat missing the point.

The significant omission for me was the synch side of things. It would have suited me better if the unit had at least the basic ability to output a sync signal to other hardware, such as a drum machine. There is the ability to set a tempo for your recordings and play to a metronome/click, meaning that audio transferred to bigger recorders (via USB, and probably via a computer too) can be synced after the fact, but it would have been nice to be able to create a framework drum track to play against since it affects the feel of the playing, and only later actually record the drums when the drum track has been perfected. Creating a finished track on the DP-008EX means that everything has to be recorded, there can be no virtual instruments.

Anyone hoping to create finished "releasable" recordings on the DP-008EX will find the limitations a bit frustrating unless their music is played and created very simply but, for solo songwriters or bandmembers sketching ideas, this is a great tool.
Útil · Poco útil · Reportar evaluación
Reportar evaluación... 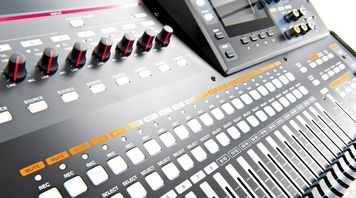 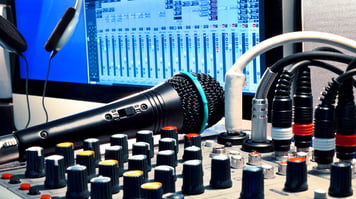 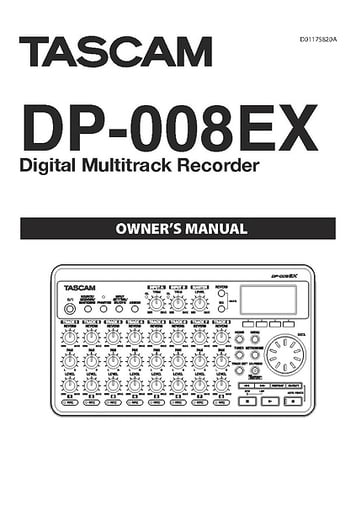 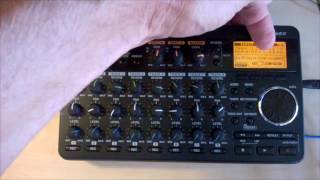 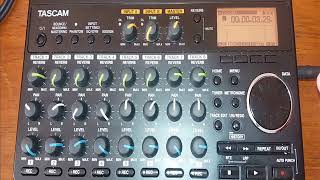 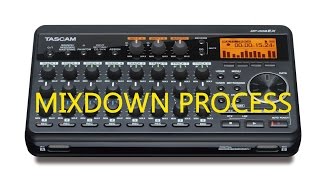