Ruido Características Emisión de luz Fabricación
Brilliant in all senses of the word
Anthony598, 26.11.2015
I bought one of these and quickly added a second. On our 6 by 6 metre stage the white and paler colours show up well against normal stage light, although the dark colours obviously need lower ambient light. Nice mix of gobos and you can apparently fit your own although I have not tried yet and it may be a bit fiddly. Although it does not say so in the manual, the bottom end of the gobo rotation channel (channel 6) actually indexes the gobo so you can adjust the stationary alignment through 180 degrees - useful if using gobos which need a particular orientation such as bars or windows. As commented elsewhere the red is actually an orange, but the "peachblow" is quite a good dark red. The open setting is a cool white, but a colour compensation filter (Lee 206 or 205) warms it up a lot. It does not have a zoom as such, but the sharpness changes the beam size in a roughly 2:3 ratio is you can accept a soft focus. Add the prism and the beam for effects is surprisingly wide still with a reasonable brightness.
On the negative side the unit is a bit noisy for stage use, but up in our roof you can hardly hear it. The LEDs at stage level are much more obvious. Although the pan angle can be set to 180 degrees, if you use two clamps (to prevent loss of alignment) the centre point is then along the line of the clamps. Thus in a theatre you need a bar or truss pointing towards the stage if you want to be able to pan from one side of the stage to the other. The tilt centre line is always vertical so if you use 90 degree tilt range you only get 45 degrees of elevation. For stage use I would need vertical to horizontal so have to use 180 degrees with some loss of sensitivity. The pan and tilt zero adjustment is only on the fine settings.
That said it must be acknowledged that this is primarily a disco unit and for the money remarkable value and capable of being used on stage. As usual Thomann delivery and answering of questions has been excellent. Highly recommended.
Útil · Poco útil · Reportar evaluación
Reportar evaluación...

Ruido Características Emisión de luz Fabricación
Best moving head in its price range
Ionut Daniel, 15.04.2015
I bought these lights two months ago and i must say they are amazing. I bought 6 of them and an ADJ MyDmx to control them. They are very fast and they response very well at commands. The light output is very impressive and the gobos are very good.
For the price i paid for them they are amazing, the design is also very good, and they look well hanged on the truss and also on the floor.

OVERALL - I use them mostly at private events where there is a lot of ambient light and i'm very pleased with them. So far i used mh-x60 over 300 hours when programming my light shows and at events and i must say this are the best choice in its price range.
Útil · Poco útil · Reportar evaluación
Reportar evaluación...

Ruido Características Emisión de luz Fabricación
Great value for the money
Alexrijeka, 14.03.2019
Well, If you need a small, powerful and stylish moving head, look no further. Great for indoor use and even on bigger stages if have them dozen.
Light output surprisingly strong with cool gobos and colors.
Bought two of them, but soon I'll buy a bunch more because for this price you can not find anything better.
Packaging and build quality is also right on spot.

A small con is that they can be a little noisy but not in such level you'll realize that right away. 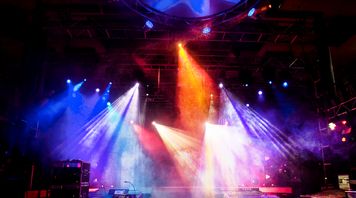 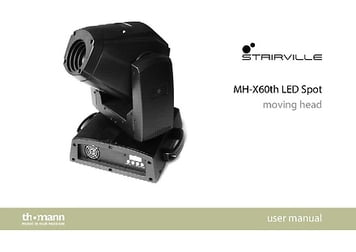 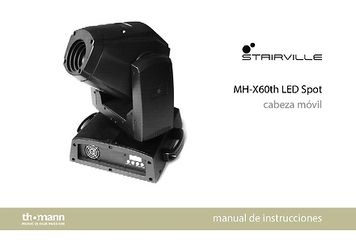 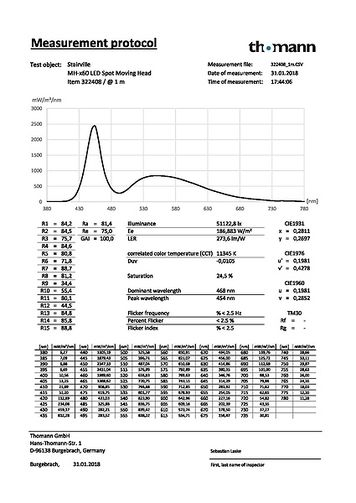