Uso Características Sonido Fabricación
more orange than oranges?
dheim, 19.08.2020
Joyo Bantamps are tiny (very tiny, actually) 2 channel hybrid amps, with a valve in the preamplification circuit and a solid state 20W power stage.
They come in all sorts of flavours, made to emulate famous amps, and let's face it, being as expensive as a good but not particularly high end distortion pedal, the temptation to collect them is very real and very dangerous... :)

the MeteOR (OR is for Orange, just to make things clear) is clearly inspired to the Rockerverb, and makes a quite good impression of its dirt channel, with a pretty wide gain range - from break-up to metal.
the clean channel breaks up nicely and a lot of character.
as always there's no way to change channels with a footswitch (Joyo is correcting the issue with the new Bantamps, but as far as i know the only v2 amp at the moment is the ZoMBie...)
both channels share the same gain, volume and eq (that is not an eq, by the way, but a tone control).
the tone, like the gain, is very usable across its whole range - there's no useless setting.
there's a bluetooth connection to practice along songs, but i never used it, and - last but not least - an fx loop.

now there's a bunch of obvious questions:
1) is the MeteOR loud enough to play with a band? yes. its 20W are no joke, solid state or not. rehearsals, even gigs (with a microphone in front of the cab, obviously) are not a problem
2) is it a viable bedroom amp? yes. it sounds pretty good at very low volumes, so can be comfortably used at home
3) what's the point of buying a Joyo "inspired by Orange" micro amp when there are TWO proper Orange 20 W micro amps in the same price range?
well... there's definitely a point. the Micro Terror is a low-ish gain single channel amp without an fx loop, while the Micro Dark has even more gain than the MeteOR but is still a single channel amp, and is voiced loosely like the Dark series amps, while the MeteOR is definitely more in Rockerverb territory, and is more versatile (thanks to the 2 channels).

it's tiny, it's fun, cute and cheap. if you want a backup for your Orange amps - or simply like that peculiar flavour of british high gain there's really no reason not to buy it!
Útil · Poco útil · Reportar evaluación
Reportar evaluación...

Uso Características Sonido Fabricación
Lunchbox
Harmann, 29.05.2017
This cute little head looks a little bit funny when you place it on a 1x12" closed back cabinet I tested it with. But the only thing that matters is how it sounds & reacts to your playing style.

The Sound:
This amp in clean mode sounds very full & round. I like the jazzy sound with balls it delivers.
If you're looking for pearcing high frequencys this is not the amp for you. Even with the tone knob full to the right it stays pleasant to listen to (when using humbuckers). With single coils in bridge position it will sound a bit harsher but still usable with the tone knob to the max.

Before changing to the overdrive channel, you better turn down the volume a bit. It will get a lot louder otherwise. But then... Damn what a nice overdrive. To find a subtle overdrive it's a bit hard, you have more chance finding this in the clean channel. The drive at lower levels feels like it goes in little steps(soundwise) when turning the drive knob. But once you're past 9 o clock. It goes smoother untill you're almost in high gain territory. With you turn the drive to the max it will get a bit noisy & less focused.
Ad a reverb or delay or both & you will be in heaven.

How loud will this play:
If I compare to my little 25W transistor on the same cabinet. The meteOR has a lot more volume (feels like it's more than twice the volume) & a massive amount of low end punch.
When compared to my 30W tube amp, it gets closer.

One of the nice things is that you can turn all controls to the max in the clean channel, and the amp can still handle all frequencys well without unwanted sounds, rattles of cracks.
I did not get to the max with the overdrive channel because it's just too loud in a medium sized room.

Bluetooth:
Well it works, but I don't like the sound through a guitar cabinet. ( This has nothing to do with this amp)

Cons:
Volume difference between clean & dirty channel.
At a very low volumes it's harder to get a nice sound.
A little bit too loud at home level, gigable in some cases but not when your playing in a loud band in a small pub without being miked through a PA.

This head is usable for recordings, playing & home (a bit too loud if you have complaining neighbours)
Perfect if your playing in a live band that wants to keep the stage volume down to a decent level the sound technician will thank you for. In this case you would need to be miked up & probably use a personal monitor.
Útil · Poco útil · Reportar evaluación
Reportar evaluación...

Uso Características Sonido Fabricación
BobObs, 13.09.2020
This is a solid little amp and amazing value for money. Literally the only complaints I have is the lack of a footswitch for channel switching between clean/dirty and independent controls for each channel. Of course right after I bought this though Joyo announced they were making a BantampXL line with both of those features added in.

The bluetooth is a cool feature too, making this double as a sound system for parties etc. if you want, or for playing along to songs. works pretty easily.

Sound-wise it has good range, an alright clean channel and a nice dirty channel. The meteOR is supposed to be voiced to sound like an Orange amp. It's definitely headed in that direction and probably pretty close to one of the hybrid micro-amps they make. It's not going to sound like a top of the line full tube amp but it certainly doesn't sound bad at all, and fits a great niche for anyone looking for a cheap starter amp or something to throw around for casual gigging etc.

highly reccomended if your looking for something cheap, although if you can wait (and it isn't out yet) and don't mind spending a tad more, get the XL line. The extra versatilty of the controls and footswitch make it a killer deal I'd suspect.
Útil · Poco útil · Reportar evaluación
Reportar evaluación... 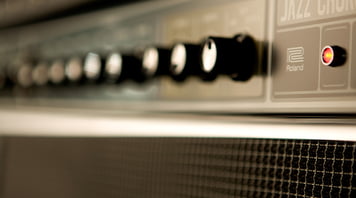 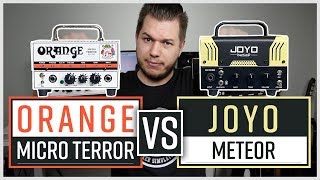 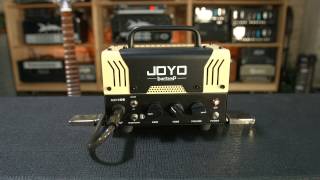 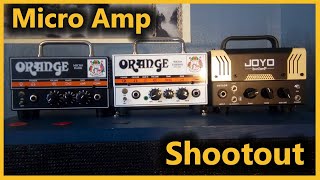