Uso Características Sonido Fabricación
Excellent studio hub
steevm, 04.02.2019
I've been using the QU-32 as my audio interface for about a month and a half now after my previous mixer interface died after over a decade of service. I've got a lot of instruments, and don't want to constantly be plugging and unplugging gear just to be able to record a part, so having a large number of inputs was a must.

Uso Características Sonido Fabricación
Allen and Heath Qu32
Joseph F., 14.04.2015
I bought this digital mixing desk for use in a theatre and arts centre. We do about 3 or 4 live music gigs each month and had been getting by with an old Allen and Heath GL 4000 analogue desk and all the outboard kit that goes with it.

I am not a sound engineer and would admit to just knowing the basics. I had used a Yamaha M7 Cl before this and was hoping that the Allen and Heath would be something similar. For the money, this desk is fantastic, its is very very intuitive and straight forward to navigate even for a fair weather sound engineer like myself. It sounds great and is super light weight and compact. I absolutely love this desk and whilst an m7 might sound just a little bit crisper this desk is every bit as good for small to medium sized gigs - how they've packed so much into such a small desk is amazing. It's even capable of recording directly onto an external hard drive which is one step further than an M7. Bottom line, dont spend €14k on a Yamaha m7, buy this instead. I've also used the Behringer X32 which is similar in price, again, this desk is far more direct in its navigation and has less flippy floppy features that you dont really need.
Útil · Poco útil · Reportar evaluación
Reportar evaluación...

Uso Características Sonido Fabricación
Brilliant desk!
Bennijamin, 13.04.2015
After using a GLD80 for the past few years I wasn't overly keen to change desks for a production with a tight budget but I was pleased with what I got, the desk has many features of its bigger brother and sounds fantastic, it also has some amazing features such as ipad control and the QU you app for your iPhone so band members can have control over their own monitor mix giving me more time to concerntrate on the mix out the front, the touch screen is a great feature making it easy to find what your looking for, the eq and compression, gate controls on the surface is great and easy to use. The fx library is great the fx sound amazing. Motorised faders are very quick and feel nice to use. Can't find a bad thing to say about the desk! Make sure you get the flightcase to go with it to protect your investment on the road!
Útil · Poco útil · Reportar evaluación
Reportar evaluación...

Uso Características Sonido Fabricación
Awesome console for the price
Vincy, 09.07.2021
This is a very good console at its price point! Sound is great, features are nice and easy to use!
Útil · Poco útil · Reportar evaluación
Reportar evaluación... 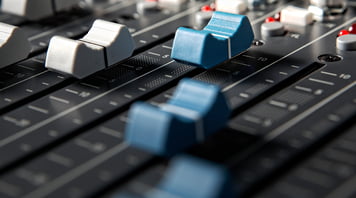 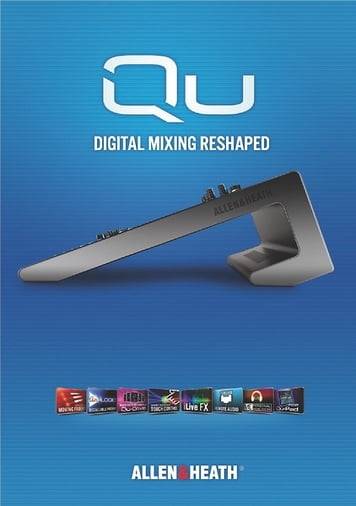