Uso Características Fabricación
Excactly what I need
Barry Junius, 25.01.2021
Well, firstly as this price point, I cannot complaint. Yes the light isn't RGB, and the velocity is not the best ever. But this pads just perfect for my needs. Especially I like that all the buttons and rotary knob is on the left side (not on the right as most pads I knew did).

So as my personal favorite, it helps a lot since I more enjoy to tweek anything on the left and focusing my pads playing on the right side. Simple straight forward, nice feel of touch and not as cheap as it may look and priced (trust me on this), minimalist features which is not bad at all for me cause I use this tools only for drumming and synth addition, not as my main controller.

One thing that a bit confusing is the installement of bitwig and that stuff. But not really bothered me, so I will still give 5 star recommendation for other user that needs excact tools like me.
Útil · Poco útil · Reportar evaluación
Reportar evaluación...

Uso Características Fabricación
MPD 218
Just a customer, 24.11.2015
I bought this unit to upgrade from my Akai LPD8. Which has served me well for the most part, but is limited and has now started to mis-trigger on one pad. I also wanted more pads for variety in my 'finger drum' playing.

The unit is solid looking and feeling, doesn't move around on a table top when you play due to good quality rubberized feet.

The pads themselves feel good and are much more responsive than the LPD8. You can get a nice amount of dynamics in the sensitivity. Overall it feels good. The 6 endless rotaries feel good, but I don't really plan to use them, so I can't elaborate much there.

The configuration software that comes with the unit is OK and does the job. I was quickly able to set up some custom banks that worked almost instantly with EZDrummer and in cubase.

One problem I had was that after-touch was on and set to trigger on the the MIDI channel. This meant that I was often choking hits in an undesired fashion (mostly noticeable on cymbals). So this is something to look into first. Either turn it off on each pad or rig it so that the cymbals that you want to choke are on a different MIDI channel to the rest of the kit. I find it a bit fiddly during playing to use after-touch to choke cymbals anyway, so I just turned it off and put any chokes I wanted in editing.

Generally the feel is nice to play and doesn't tire your hands so much as say the LPD8 which really needs more of a whack on the pads sometimes to get them to trigger.

So, I don't have much else to say really. This is a simple, solid unit that will do the job for fairly advanced 'finger drumming' or sample triggering
Útil · Poco útil · Reportar evaluación
Reportar evaluación... 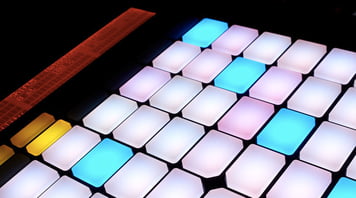 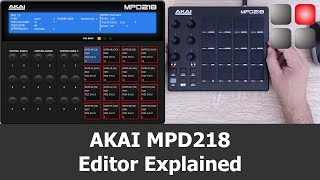 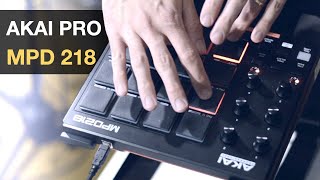 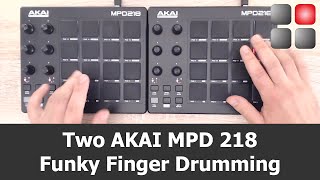 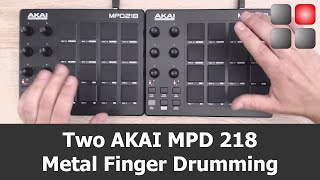 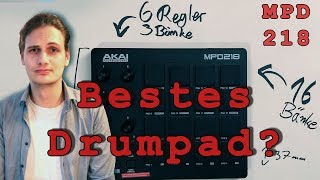 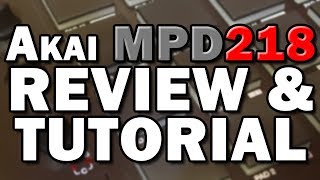