betjening features forarbejdning lyd
Best thousand euros you will ever spend on audio gear
musicinprag, 02.12.2019
I agree with most of what Artemis *Seven* wrote in his review. I have some Sennheiser HD 25s which I leave on my desk because they're tough and cheap and I don't have to baby them. They're a little bright but resolve pretty well so I keep them handy for monitoring recordings on some of my TASCAM gear. Other times I run them out of a Chord Mojo I have connected to a Linux box.

The DAC has protective features so it won't burn up a pair of expensive IEMs or blow up your ears. A lot of thought went into the details on this. I'm impressed with that, it is somewhat unique. But I too would have preferred 2 x 1/4 inch headphone jacks rather than one for headphones and one for IEMs.

One ongoing annoyance is that the device is really light and the feet don't grip. It slides all over the place when pushing buttons, plugging and unplugging headphones etc. If it weren't so hugely musical and so hugely customizable it would be easy to think it was junk. I'd still like some real traction on a table top but this piece of gear is definitely staying around and no plans to ever sell it.
Nyttig · Ikke nyttigt · Anmeld bedømmelse
En "forkert" vurdering. 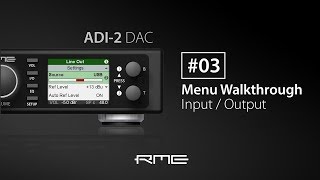