lyd forarbejdning
If you like Paiste sound, miles ahead of other offerings at price point
27.06.2016
I bought this set to replace the ancient cymbals that came with an old kit gifted to me by a friend who knew I was taking up the drums again. Everything supplied but a 20" Meinl ride and some Sabian B8 hats were trash.

So it was kind of realistically priced and lasted me about a year before I outgrew it and my tastes developed?
Nyttig · Ikke nyttigt · Anmeld bedømmelse
En "forkert" vurdering.

lyd forarbejdning
Excellent!
resbul, 01.05.2018
These cymbals are a bargain! Regarding the sound, you get what you hear from thomann demo recording. I also made a flat recording of them getting the exact same sound. Their build quality is great. I hit them hard every day practicing and they are still like new after a year and a half. I would definitely buy them again or suggest them to a friend unless my budget would exceed 4-5 times their cost in order to get something much more expensive.
Nyttig · Ikke nyttigt · Anmeld bedømmelse
En "forkert" vurdering.

lyd forarbejdning
Good for a start
Konstantin7247, 18.05.2021
These cymbals have been in use for several years at the rehearsal base. For quite a long time they remained intact, despite frequent rehearsals. Good quality at a reasonable price.
Nyttig · Ikke nyttigt · Anmeld bedømmelse
En "forkert" vurdering. 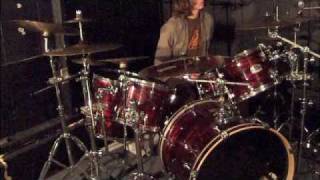 Vis alle
Cymbals
The choice of cymbals is just as important as the choice of drums within a kit. Lets take a closer look.
Testresultat:
Læs test