betjening features lyd forarbejdning
Deep Love!
*Theo E*, 29.06.2021
I was very sceptic at first buying this synth, although there were quite a few reviews praising it. The reason was the oscillator waveform choices, with only one sawtooth oscillator and no sinewave. However I had a change of heart, since on one hand I loved the sound of Juno 106 (from which this synth took inspiration), and on the other hand I saw a reviewer who mentioned that the effects were a crucial part in the sound design capabilities of the DM. So I went ahead and bought the 12D version.

I have to say that I'm SO IN LOVE with it. Indeed: the effects plus the mod matrix are crucial features for its sound design capabilities. I would strongly advice to go for 12 voices, so that you can use 2-3 of them in unison for each note without significant polyphony loss (6 and 4 voices respectively). The filters sound great without being extraordinary, and the envelopes are quite steep and snappy.

On the downside, my main concern is the data entry knob which is plastic and a bit fiddly. Also the companion application does not work well with touch on windows and no android version is available.

betjening features lyd forarbejdning
Great value for money
adolfgottmann, 05.12.2018
I bought it as a sort of polyphonic synth workhorse but after spending some quality time with it I must say it's way more than that!
Ok, It excels at vintage Roland-esque tones, but it would be an error to consider it as a one-trick pony or a generic-sounding device.
The highlights of course are the extensive modulation matrix and the included effects (internally modulatable). But envelope inversion e the possibility of setting curve per envelope stage are just wonderful!
The UI is well laid, and there is a bit of menu diving, but nothing too cumbersome.
As often noted, It's a bit limited in the oscillator department (the waveform choice is really really limited) but it doesn't seem a real problem to me, whit the effects and the massive modulation capabilities.
I have to add that it doesn't feel cheap at all, It's well build and I like the form factor (I have the desktop version).
I plan to use it in the studio, so I can't really comment on using it on stage.
The only shotcoming is, in my opinion, the filter resonance. It get nasty very quicky, hard to tame when you are past 70% of the fadr range.
All in al it's a nice device, capable of a wide range of tones, a real treat for sound designers. There are better polysynths, of course, but not at this price point. Kudos to Uli Behringer and the Midas team!
Nyttig · Ikke nyttigt · Anmeld bedømmelse
En "forkert" vurdering.

betjening features lyd forarbejdning
Really good synthesizer for the price!!!
Giacinto32, 08.07.2020
I bought this synthesizer from Thomann and ofcourse a part of the professionality of Thomann and the quick delivery the synthesizer is incredible! Really "Deep" as the name says and the synthesis capability of this synthesizer are almoust endless! You can pretty do what you want with the 2 OSC (that by the way sounds amazing) and the Mod system and the faders are a joy to use! It screams creativity and it lets you want create sounds!
Setting it up is really simple and I love that it comes with the 19" rack ears (if you are a rack guy and want to mount it on the rack. The screws for the mounting of the rack ears are in the box with the manual. So they have thought of everything when they made this synthesizer. The desktop size is perfect and the wood finish on the side are really nice! The noise from the fan in the synthesizer is really quite compare to other synths with fans on, so there you don`t need to worry about! To summit all, I am really happy of this purchase and I reccomend this synths!!
Nyttig · Ikke nyttigt · Anmeld bedømmelse
En "forkert" vurdering.

Synthesizers
There are a wealth of synthesisers available today, ranging from hardware keyboards to virtual software instruments.
Interessant tilbehør 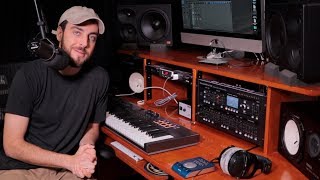 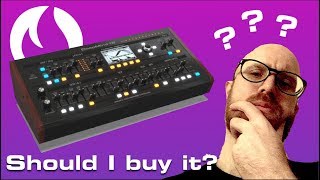 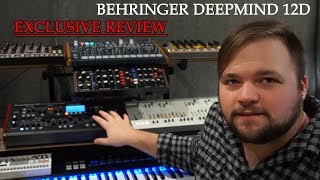