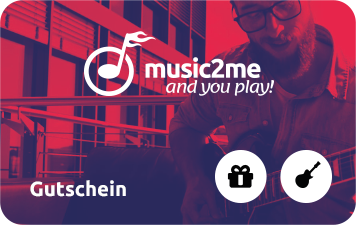 I bought this guitar as I wanted to gauge whether or not I was ready to get back into classic strat style guitars, without jumping straight in at the deep end with the Fender USA Professional II I'd been eyeing. Normally I play a Harley Benton Fusion II, having abandoned my other high-end axes in favour of Harley Benton products owing to their superior feature set and sounds.

Needless to say, I've not been disappointed by the ST-62. As with the rest of Harley Benton's lineup (with the exception of the most basic entry-level products), quality is excellent, and straight-up astounding considering the price.

First up, lets begin with fit and finish - I've had high-end and intermediate guitars from big manufacturers that had far greater shortcomings out of the box compared to this guitar. The frets have been very nicely cut - at no point do they jut out of the sides of the fretboard. Obviously for the money you're paying, they'll need polishing and levelling to maximise the potential of the guitar, but overall, not bad. The neck itself feels very premium with a smooth satin finish not unlike that of the Fusion II. In fact the neck profile deserves specific mention here because it isn't what you'd expect on a guitar implying 1962 strat - it's essentially a Telecaster neck (thick!), but with a very flat radius - an odd choice, but I like it. No trouble bending here.

It's all well put together - the pots and jack are all nice and solid on my guitar. No loose connections or rattle. The neck and action needed an adjustment and my guitar came fitted with .10-.46 strings, so the nut might need a minor adjustment or lubrication to minimise binding. That being said, I haven't really encountered any tuning difficulties during normal playing (and bend quite a lot, and it holds up well even with compound bends).

The pickups installed in the guitar are great. I'm a fan of Roswell's lineup and learned previously that they will go head-to-head with DiMarzios or Seymour Duncans and come out holding their own. On my Fusion II I briefly replaced the stock pickups but instantly put them back because the Tone Zone and Air Norton I'd fitted ruined the balance between the many positions and didn't sound better individually either. That was a lesson learned.

Anyway I'd watched MANY videos online with "blind tests" of the ST-62 being compared to US strats, Xotic guitars etc - and time and time again I'd find out my favourite sounding one was the ST-62. This speaks volumes.

In practise they are responsive and have that shimmering quality single coils are known for. Definitely no need to replace these.

Elsewhere we have the Kluson-style tuners, which are pretty stable. I think the string trees maybe can be replaced with ones that will bind less, and the bridge unit could be of a higher quality in terms of metal, but I don't get the impression the guitar is being robbed of tone anywhere.

All in all, in 2021 we are a far cry from the Squier Affinity I first got over 20 years ago when I'd started - and even that was head-and-shoulders above the strat copies circulating during the 80's and 90's.

For those who are looking for a Strat-style guitar without breaking the bank, look no further, Harley Benton has you covered (as usual!)
Features
Sound
Verarbeitung
2
0
Bewertung melden