Zpracování Vlastnosti Ovládání Zvuk
About linuxsupport
born to be root, 20.04.2020
I bought this device because its predecessor had a pretty good reputation in the linux world. While the 2i2 2nd Gen seemes to have worked right out of the box under linux operating systems, this is no longer the case with the 3rd generation. One can get it working, though.

Although, when you got it working, it seems to be a pretty good audio interface and i had no problems so far. Nice sound, very low background noise, good latencies, and I like the direct monitoring feature. I really don't need the 'Air' feature, but that might just be a matter of taste.
Pomohlo mi · Nepomohlo mi · Ohlásit hodnocení
Ohlásit hodnocení...

Zpracování Vlastnosti Ovládání Zvuk
Super Happy!
Jonas Lange, 02.04.2021
I'm using this audio interface with my XLR microphone and my electric guitar, to simulate amplifiers in Cakewalk TH3. I'm extremely happy with it. Everything feels and looks high quality and the controls are intuitive. There's nothing bad to say about the sound, playing guitar in TH3 feels like it's straight through an amp, no delay whatsoever and a great full sound. All together an amazing product that does what it's designed for extremely well while looking good. I don't really know much about audio, but it's very user friendly and pretty much self explainatory in all aspects.

The only thing I had missed was that the headphone output is a 6,35mm (1/4 inch") jack and the interface does not come with an adapter for 3.5mm Headsets. Audiophiles probably have those laying around everywhere, or 6.35mm jacks on their headphones to begin with. As I'm just getting started with music, I had to buy one. Not an issue, they're less than an euro, just something worth mentioning. Other than that, zero issues.
Pomohlo mi · Nepomohlo mi · Ohlásit hodnocení
Ohlásit hodnocení... 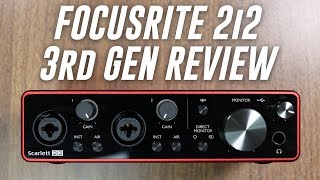 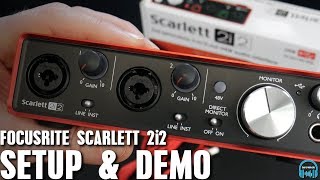 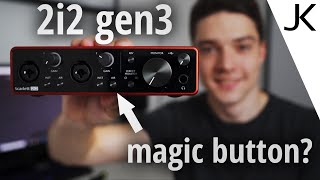 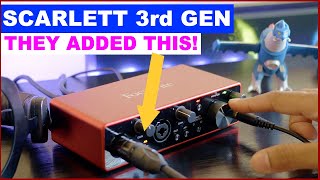