Zpracování Vlastnosti Ovládání Zvuk
Struggling with issues (crackling)
deep future, 29.08.2020
I purchased the 2 pre clarett for a home studio build after advise from Thomann. When it works the sound quality is amazing and the headphone jack is perfect for my 80omh headphones, plenty of bottom end.

I've had so many issues with this from sporadic crackling, clicks and pops. They just come out of the blue and i've found by closing ableton and restarting my project the issue stops for a while. My system is more than capable to handle. I don't know exactly what the issue is , I believe it is a compatibility issue with my motherboard (asus zenbook pro) and the focusrite driver.

I contacted Focusrite and they were very professional and helpful but were unable to identify the problem and it took them both times over 10 days to reply to an email. I tested the product on another laptop which had no issues. On researching my issue I found many people complaining of the same problems. I now intent to sell and try the ausiofuse from arturia.

Zpracování Vlastnosti Ovládání Zvuk
Premium Sound Quality
HermeticPhilosophy, 07.01.2021
The sound is really great and full of pleasing musical harmonics, my previous soundcard was a Behringer u-phoria umc22 and I'm not exaggerating if I say that this sounds and performs 100 times better! The interface has tons of headroom so it's almost impossible to clip while tracking (I'm no more using my tracking compressor), both air and normal mode have a slight gentle saturation that reminds the sound of something analog, Hi-Fi, and 3D sounding, I personally leave it in air mode, this interface totally changed the way I approach recording my music, no more noisy recordings from cheap preamps like in my previous soundcard, the optical input it's absolutely nice if u wanna expand the device to track drums or multiple instruments! the only downside I think it's the software that sometimes behaves weirdly and seem to be really counterintuitive in the routing options, the card seem to have no latency at all, just be sure to use a lower buffer size while recording and a higher buffer size while mixing, I'm using an old 2010PC so this maybe it's less relevant if u have a more recent workstation! It's really great buy it!
Pomohlo mi · Nepomohlo mi · Ohlásit hodnocení
Ohlásit hodnocení...

Zpracování Vlastnosti Ovládání Zvuk
Not sure what to think...
DaveTherecorder, 28.01.2019
Honestly, I previously had the Scarlett 2i2 sec gen and thought that buying this would be an upgrade... The mic preamps, and the air mode are absolutely fantastic, I cannot say anything wrong. On the contrary, I had some huge issues with clicks and pops since I use it. Not only I cannot switch to a higher sample rate than 48khz because I get SUPER HEAVILY distorted audio and usually my computer crashes (especially above 96khz). Those however might have been issues generated by me, maybe because I cannot set something right in the options... BUT, two days ago I was recording guitars, using two of the inputs both on air mode, with a sample rate of 44,1khz, my computer set to default as it always worked fine with the Scarlett, and I recording hapenned to be almost impossible... I got pops and clicks in the records every second take, making recording VERY HARD. At some point during the session I tried to switch off the air mode, but pops where still there... I had to switch back to my previous Scarlett 2i2, which made the pops go away... Really dissapointed because the sound of this device is beautiful... Tomorrow I will make a check if this poping problem is constatnt and try different settings in a recording environement to check if it's really an interface issue or just me being a complete amateur... Still I never had such issues with the Scarlett and really believed that this buy will make my recording easier not harder... :/
Pomohlo mi · Nepomohlo mi · Ohlásit hodnocení
Ohlásit hodnocení...

Zpracování Vlastnosti Ovládání Zvuk
almost perfect
sound dude, 06.03.2021
i mainly use it to listen to music and to communicate using the mic. input. The hardware itself has very good quality and basically everything you will need for a basic but good usb interface. Plenty of I/O on the front and back. Power switch is very useful, preventing needless unplugging.

The headphone output is among the best in its category and will drive basically everything since it can provide a lot of power thanks to the dedicated power supply. i use 250 ohm headphones but it can go easily higher i think.

the only thing i miss is a basic EQ with like 8 sliders or something. there is simply no way to tweak the sound frequencies in the Focusrite software which is unfortuntate. I can do it with 3rd party software using Peace Equalizer APO and tweak what i want (at least on the headphone out) but a native option would be nice. Other than that no complaints.

If you plan on buying this thing, i recommend to check out Julian Krause (just search on youtube) He has a nice technical and useful review of this Clarett which was very helpful for me.
Pomohlo mi · Nepomohlo mi · Ohlásit hodnocení
Ohlásit hodnocení... 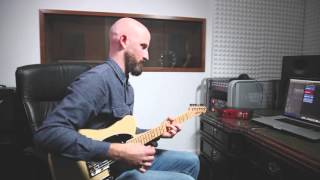 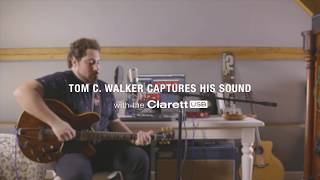 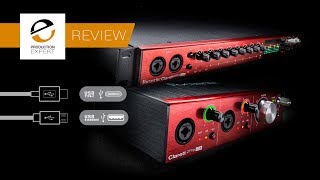 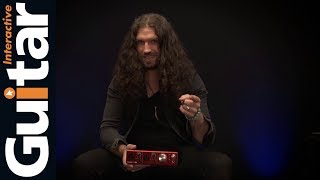