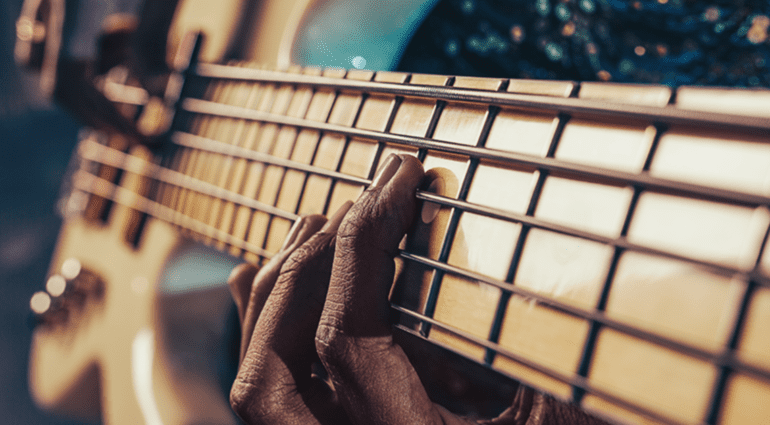 Yes, flatwound strings, on the bass, that’s cool! Certainly the great film “Standing in the Shadows of Motown (2002)” made many musicians try out this special sound. Many viewers probably came to this conclusion: Flatwounds produce a special sound that’s suitable for ’60s soul, old blues or soul music… Anyone who believes this to be exclusively the sound you’ll get is enormously underestimating the flatwound string! Their development and application has evolved tremendously, flats are available today in many flavours and can be used in virtually every genre of music. Some of them are even suitable for slap bass!

A bit of history

But let’s make a little detour into history first. Flatwound strings are wrapped with a flat wire, hence the name. Old bassists may still know them as “polished strings“, and outdated name which in not really accurate. 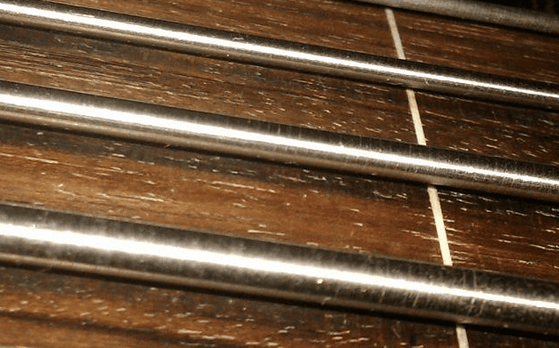 Flatwounds are the strings with which the first electric bass series, Fender’s Precision Bass, was strung. This was the only way, because roundwounds were invented a decade later and were brought to the market by Rotosound with the help of bassists like John Entwistle. The bass solo of “My Generation” is a historical turning point for the electric bass world. Finally a bassist could step into the foreground.

And here comes the point: Entwistle’s bass solo wouldn’t have sounded much different with flatwounds. The sound is slightly distorted, which generates enough overtones. Maybe John used roundwounds because they are easier to play but this means that he had to put in more power to be heard above the rest of the band. On the other hand, James Jamerson, bassist at Motown Records, achieved a similar result with a P-Bass plugged directly into the board (DI) via a tube compressor and, of course, a set of ultra-hard flatwounds from LaBella. Sounds poweful but look how calmly and softly he plays:

Yes, let’s admit it: Flatwounds sound softer and warmer than roundwounds, at least most of the time. Some may call the sound “dull“, but that’s not the case. Flatwounds have a healthy amount of high frequencies, but this is not the main focus. In the foreground there is rather a bassy boost for which a roundwound string could only beg for. Half-roundwound strings, as probably you imagine, are the intermediary between the two, borrowing characteristics from both extremes.

Nevertheless, at least the modern flatwounds, such as the D’Addario Chromes or the Ernie Ball Cobalt, provide a healthy high-frequency crunch if you play them properly. Meaning, slapping would be no problem at all. It may sound a little different than usual, but the function is fulfilled. But you have to work really hard for it, because flats are, well, a bit more stiff in handling. For this reason, slapping is recommended only as a high-speed technique for the very experienced player. Like this man, Alex Lofoco:

The really interesting thing, however, is the mid-range, which provides an amazing presence. Is there such thing as intelligent bass strings? Flatwounds seem to act like they are: At the very bottom they deliver a fat, warm foundation on which the other instruments feel confident, at the top they leave enough room for sizzling guitars and shimmering cymbals, and in the middle they look for a hole through which they can slip, so that they can always be heard well, even in a dense arrangement, without being obtrusive.

What about those black bass strings?

You mean nylon tapewound (or black nylon) strings? They were invented in 1962 by James How because of a demand by double bass players who wanted to play electric bass and couldn’t quite get that double bass sound. They give a very nice deep and warm tone. Check out the video below, Mo Foster demonstrates what the Rotosound Tru Bass 88 black nylon strings sound like:

So flatwounds don’t have any disadvantages?

Yes, there are a few disadvantages. First of all, it often sounds uninspiring and a little dull when you play flatwound-equipped basses alone, without a band. They are definitely team players who show their strengths in a band context, especially when playing on stages.

On the other hand, most flatwounds are often quite “stiff wires” and they often require strength and stamina. Whoever has had a Steve Harris signature set or the formerly-mentioned James-Jamerson-La-Bellas under their fingers knows what we mean – these are real “tough guy” strings. But this is definitely not true for all of them. Carol Kaye, studio legend from the USA, also plays flatwounds, but the very easy to play Thomastiks. But is her sound less potent? Definitely not!

And finally, flatwounds are noticeably more expensive than roundwounds. But they also last longer. For example Klaus Voormann (Beatles buddy and bassist for Carly Simon, Manfred Mann, John Lennon and others) had an early ’60s Precision Bass. The strings with which it was equipped at that time, and with which Klaus recorded the intro lick to “You’re So Vain“, are supposedly still on it! Also, ask a double bass player, what the costs for their strings are. For the price of a set of Fender Flats s/he doesn’t even get a reasonable G-string…

You won’t know till you try

We recommend that you give this string type a try. Get a cheap set of Fender Flats for example, put them on, take a few weeks to get to know one another. Then get addicted, just like countless other bass players have. You can thank us later.

For an illustrated example check out the video below where Julia compares the sounds of different strings on the same bass: 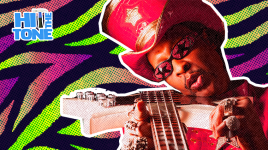 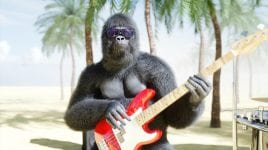 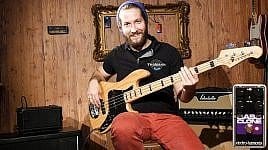 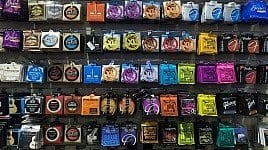 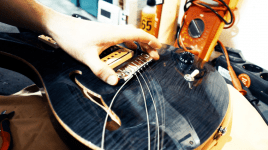 Changing the strings of an electric guitar

Changing the strings of an electric guitar 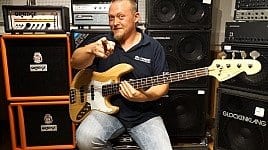 5 Little Boxes which Will Make your Bass Sound Even Fatter

5 Little Boxes which Will Make your Bass Sound Even Fatter

66 swing bass ,these are my kind of strings. Emil