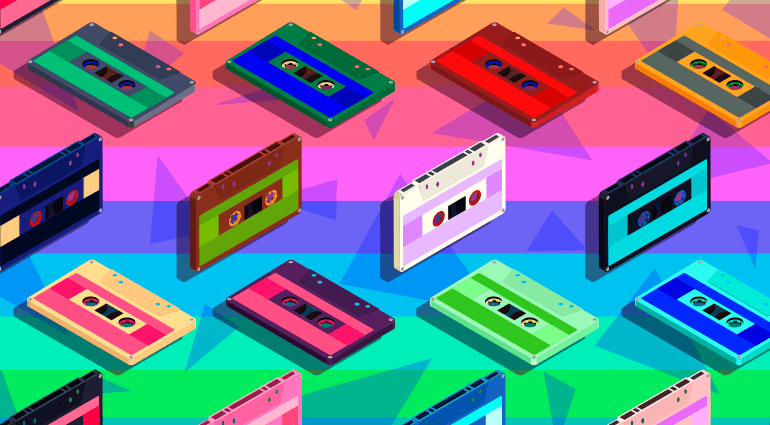 Cassettes – The Undying Need for Nostalgia

Cassettes – The Undying Need for Nostalgia

Everything old becomes new again. The undying need for nostalgia (even if you haven’t even lived the era) lifts its head once again, as Rihanna, Taylor Swift and Nas start to release their music not only on vinyl, but on cassette as well. What’s the hype about? Is there something special about cassettes, that we just don’t know yet? Let’s roll!

The staggering uprising of vinyl record sales was astonishing: With sales increasing every year since 2006 to a peak of 27.5 million LPs sold in the United States in 2020, the status of vinyl has become so cemented that it hardly seems fair to describe it merely as a “trend.” Now the cassette tape is starting to see a renaissance, cruising in vinyl’s enormous wake, says Tucker Bowe of Gear Patrol. Though still peanuts compared to vinyl, it really is a market upswing. UK cassette sales are at their highest levels for more than a decade. By the end of 2019 75,000 tapes were sold.

But what in the world is the deal with recycling the old? Classic cassette players are fairly blocky and require a bit of patience compared to their digital successors. Everyone’s got their portable music player right there in their pocket; why make things hard for yourself?

A brief look at History

The cassette was developed by the Dutch company Royal Philips in Hasselt, Belgium, by Lou Ottens and his team. It was introduced in September 1963. In the ’70s and ’80s when the cassette came to prominence and became the most important recording format of its time, it was a 50/50 between sound and functionality. Cassettes biggest competitors, reel-to-reel and vinyl, were expensive and bulky, whereas cassettes were portable, snug and quite ubiquitous thanks in large part to the invention of the boom box in 1966 and the iconic Sony Walkman in 1979. The cassette had it’s time as the top seller of its market, but was later crushed by what was essentially an upgrade of itself. This was, of course, the CD (compact disc). They were just as cheap and mobile as the cassettes, and the best part: No need to flip or rewind. By 2000 cassettes had met their doom and the damage was done. Once the soaring leader of portable music and quality sound had diminished to just 5% of the market. Barely anybody was buying, selling, making or listening to tapes. 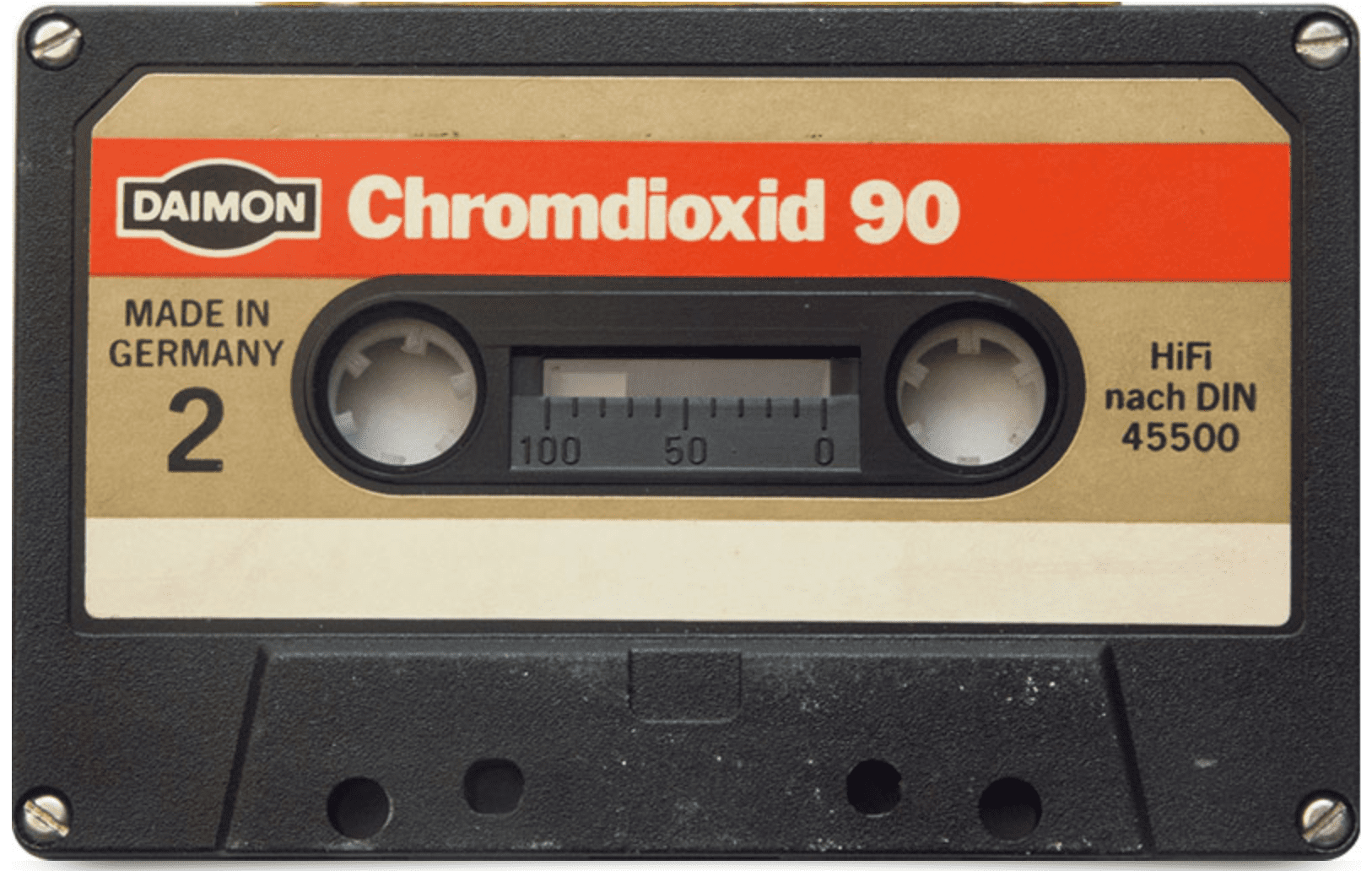 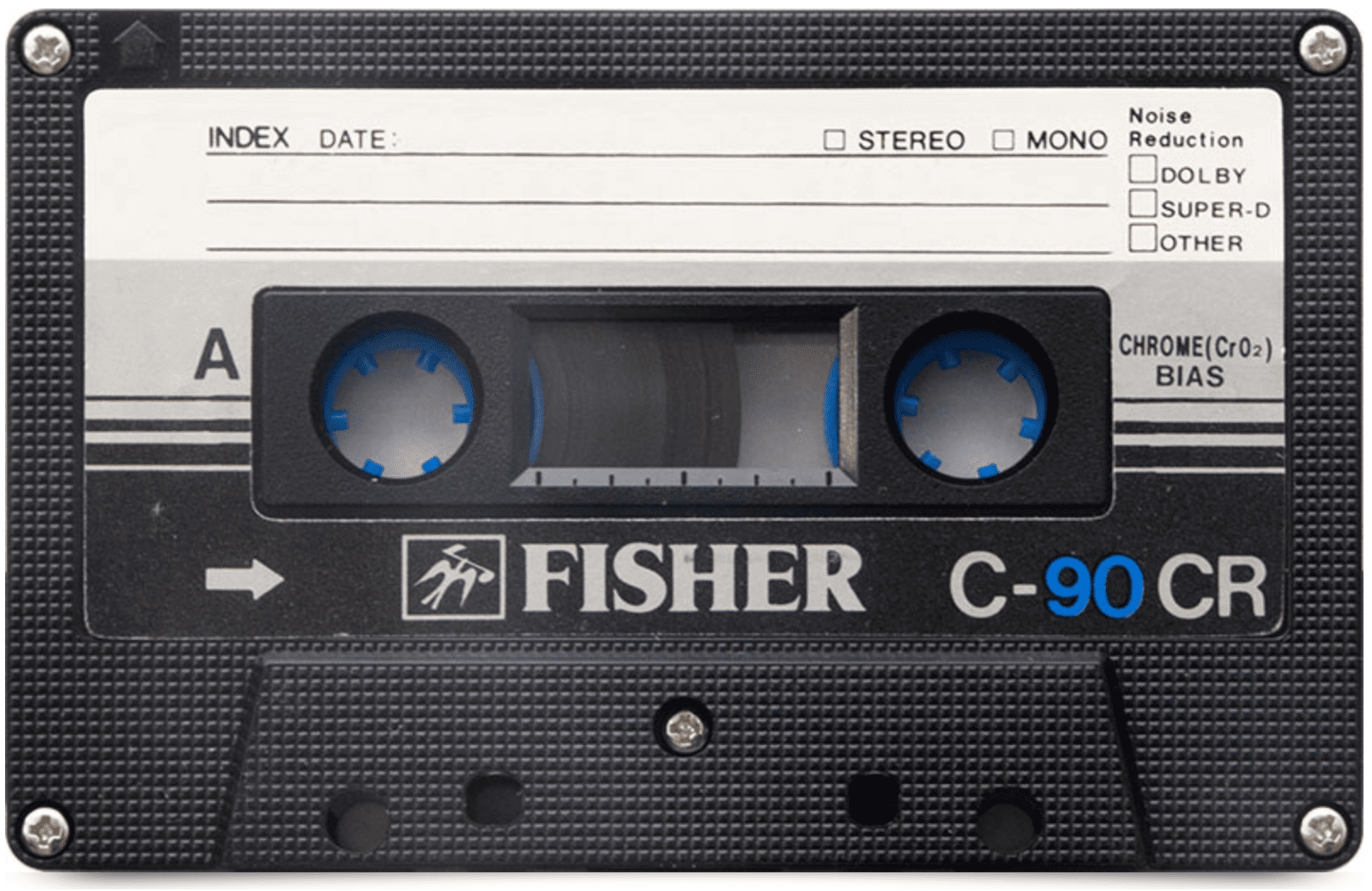 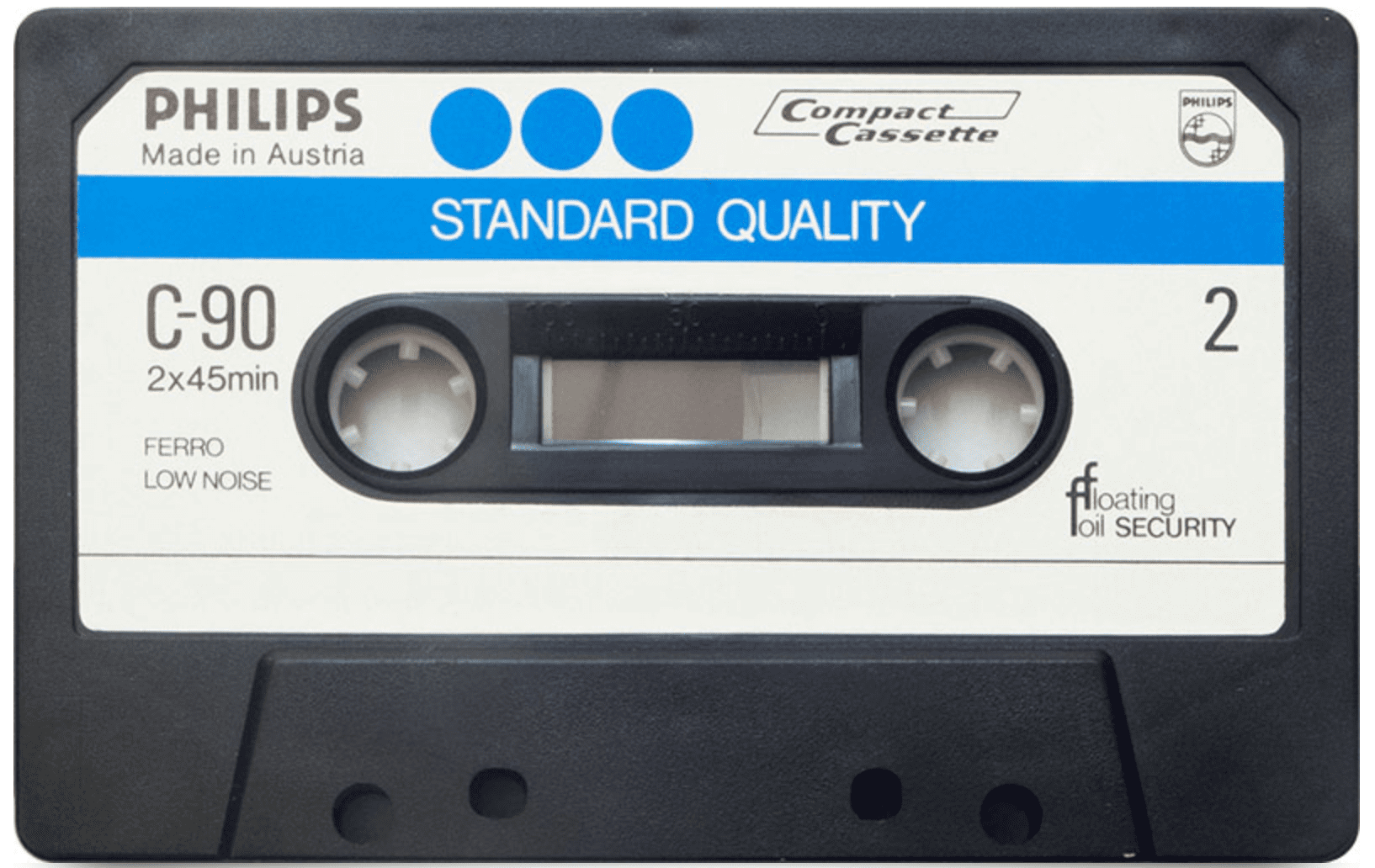 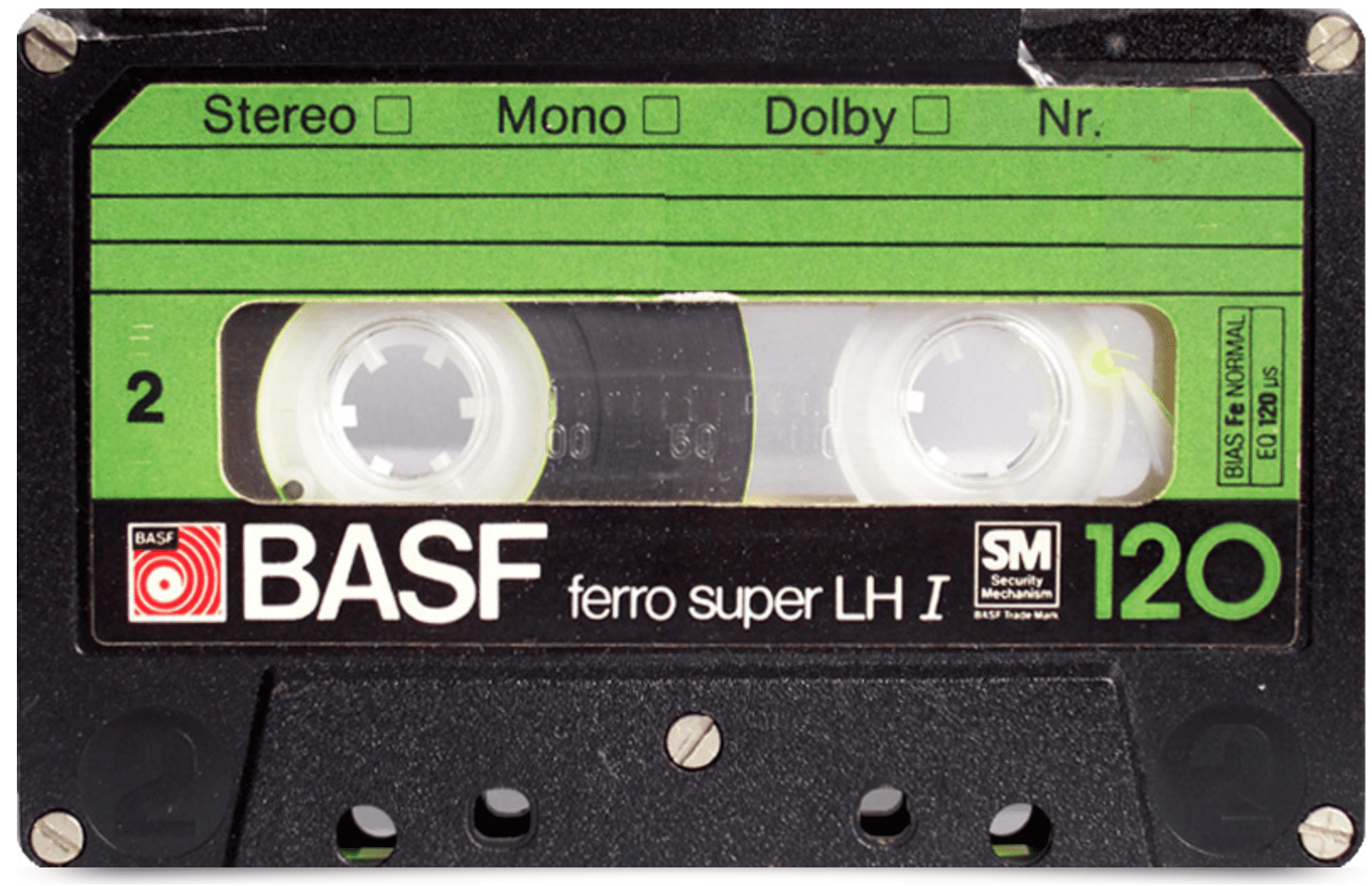 A need to hold music

“We’ve been detached from music as a physical thing for long enough now that vinyl and cassettes don’t just feel nostalgic, they might feel almost otherworldly,” says John Kannenberg, director and chief curator of the Museum of Portable Sound. “From the moment digital music began to surpass physical music, it was only a matter of time before the pendulum would swing back for a segment of the market.”

The feeling of holding ”music” in the form of a vinyl record or a cassette in your hands is something, that’s not that common these days. There’s a certain warmth in the process of taking a cassette from its box, putting it in a cassette player and letting it roll. It’s all a sort of ritual; a moment where you have to ”prepare” your music before you can have a listen. The fact, that there’s music recorded on an actual tape spinning in the machine you’re holding, awakens the little engineer in us all, and the extra amount of effort that’s been put in the listening process might uplift the whole sensation up a notch. Also: The sound of a cassette has a character like no other, caressing your ears with analogue warmth and a lovely and deeply nostalgic hissing noise. Leonid Bershidsky from the Los Angeles Times says ”I don’t recall deriving any pleasure from always having to roll chewed-up tape back into the cassette, but it’s important if you want an analog-world experience with your music”. (LA times, 2019)

There’s no data on how many cassettes bought in the 2020’s are actually ever slotted into a tapedeck; the aesthetic appeal of a colourful cassette might pull customers to buy the recordings solely for the purpose of them looking nice as an art piece. And there’s nothing wrong with that: Buying a cassette is supporting the artist at its finest, even tough you might never hear the music on the cassette.

And a disclaimer: There’s absolutely nothing wrong with listening to music from Spotify or YouTube, it’s actually brilliant. Our smart devices and on demand services have granted an opportunity for more and more people to have a chance to listen to music everywhere. Our technological advancements have made music and listening to music even more accessible. Fantastic!

A part of culture

Tapes were a huge part of the radicalism of the ’80s. Cassettes were not bought because of their warm and pretty sound, they were bought because they were cheap. You could even copy music from expensive records as an early form of music piracy! Big record labels and companies wouldn’t put out certain types of music so the bands recorded it themselves and sold cassettes at their shows. And here’s something to chew on: If you like discovering new music and possibly sounds, that have never been heard before, get yourself a tape dec: Collectors of hip hop genres also treat the cassette as the portal into discovering music from the ’80s and ’90s which may have only ever been released on this format, in runs of thousands, hundreds or less, comparable to the practice of hunting down rare 45s!

Are you a ”tapehead”? Are you a newcomer in the cassette game, or have you wandered in the cassette market ever since the ’80s? We would love to hear your story! Leave us a comment below! 📼📼📼

The Unlikely Cassette Comeback isn’t over yet: Sales are up in 2019, Charara 2019. Published in Wired

Column: Cassette tapes are making a comeback. But it’s about the culture, not the sound, Bershidsky Leonid 2019. Published in Los Angeles Times 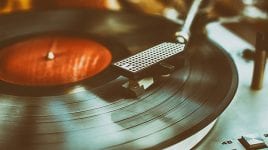 Why is Vinyl still the preferred format for many?

Why is Vinyl still the preferred format for many? 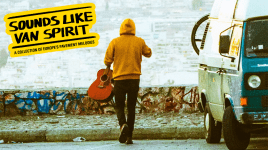 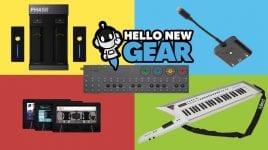 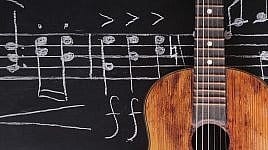 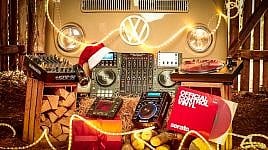 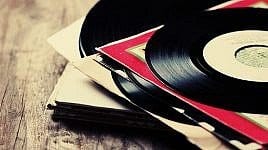 Yes, I had quite the collection back în the 90s.

Love cassettes! Like stated, there’s something about that analog warmth and the background hiss that gives it a special feeling, plus the satisfaction of actually owning the music stored on it’s own physical object.

Had lots of cassettes in the 90’s, and recently started to rediscover the charm of the medium by purchasing a fully functional, slightly luxurious model of a 90’s Walkman for cheap on a yard sale. I think cassettes, along with vinyl is seeing this comeback mostly because of the warm sound, but also largely because we are starting to realize how distracted and, ironically, disconnected our mobile phones have made us with it’s instant access to everything, including basically any music you want at any given time. Vinyl and cassettes makes the experiencing of music feel a bit more magical, I think.

Hoping for the comeback wave to grow!

Totally agree with you here! Sometimes too many options takes the enjoyment out of it, you’re always looking for the next thing instead of enjoying the current one more deeply… Wishing you all the best, //Joe

If satellites were ever to crash music will still be available in the recorded formats we still have. People will be grateful eventually for all the ways our music is processed so the circle of types of music recording, however it is will always be here