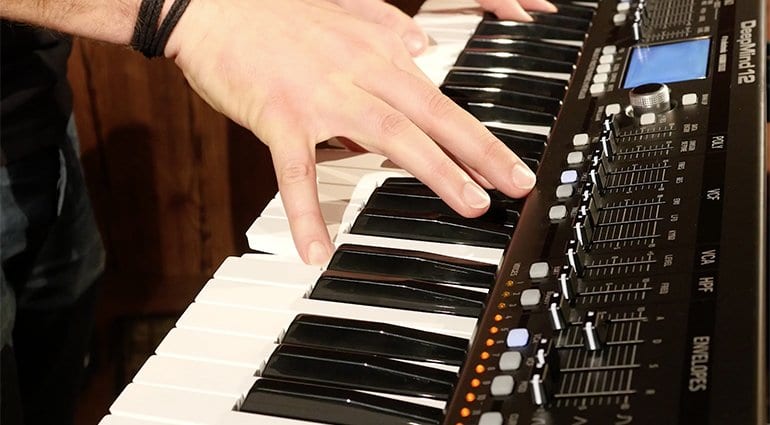 The synthesizer is one of the youngest musical instruments: the first models, which were produced in considerable numbers came onto the market in the 1960s. Despite its relatively short history, its influence was and still is enormous. Entire musical genres would not have even emerged if it wasn’t for the synthesizer and it was also fundamentally responsible for changing the way in which music was composed as well as produced.

The first synthesizers were completely analog and worked with voltage controlled oscillators, filters and amplifiers. In modular systems such as the modular Moog Synthesizer made popular by Keith Emerson from Emerson Lake & Palmer, one would have to connect the individual components of the synthesizer with cables in order to “program” the sound, while in the 1960s and 1970s compact devices such as the famous Minimoog were already available. Early analog synthesizers had crucial disadvantages in that aspect, such as poor pitch stability and a lack of memory for sounds. Moreover, it was hardly possible to authentically imitate instruments with the exception of some very expensive models in the late 1970s and 1980s. Most synthesizers were at that time monophonic and could only play one note at a time, which gave them little chance when the first digital devices came onto the market in the early 1980s, whereby many legendary synthesizer pioneers had to file for bankruptcy. However, as we know now, this was not the end for the analog synthesizer. An unprecedented retro wave emerged, which meant an increase in analog synthesizers (even modular systems are back in fashion!) resurfacing famous manufacturers from the early days. But more on that later. 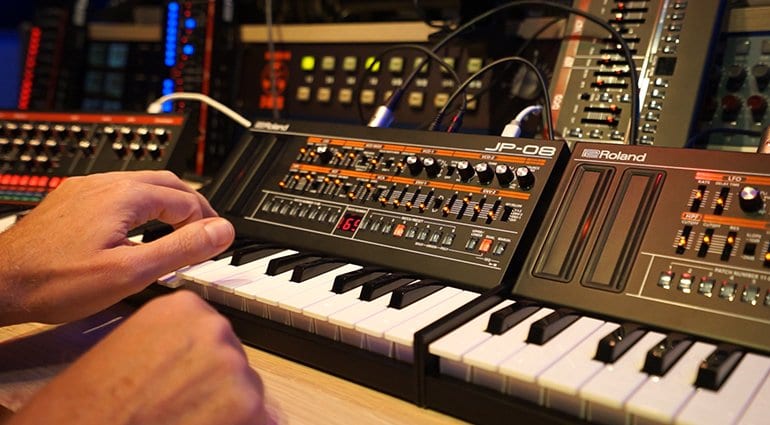 In the beginning of the 1980s, the first affordable digital synthesizers emerged, signing off analog technology for the first time. The Yamaha DX7, one of the best-selling synthesizers of all time, was the first to offer everything that the musicians longed for: storage, polyphony and “authentic” sounds. The DX7 worked with FM synthesis, which is based on the modulation of multiple sine waves and with its characteristic sound, shaped the 1980s like no other instrument.

In the second half of the 1980s, another type of digital synthesizer came out with the sampling technology, where sounds were based on real recordings of acoustic instruments such as piano, string instruments and guitar. And thus “realism” reached a new climax in reproducing acoustic instruments. To date, sample-based synthesizers are available in many variations. If you are looking for an instrument that represents as many instruments as authentic as possible, you will find it in this category.

A third type of digital synthesizer began to become popular in the late 1990s, when sufficient computing power was available. In physical modeling, the sound mechanisms in resonating instruments such as drums, strings, clapping sounds, wind sounds or bow strokes are simulated digitally. The virtual analog sound generation is based on a similar principle, where analog and electrical circuits or subassemblies are mimicked. So the sound is not generated by a previously recorded sound, but is calculated in real time.

Let’s recall the first of the two groups of synthesizers mentioned. If you are looking for an instrument that can imitate as many other instruments as authentically as possible, you should look in this category. These synthesizers produce their sounds mostly from a fixed (expandable in the higher end) stock of samples and are therefore well suited to replicate other instruments. Most devices in this category are multitimbral, which means that they can produce multiple sounds simultaneously. This allows you to split the keyboard into several sounds and/or multiple sounds. Many synthesizers in this group are available in different keyboard variants: mostly the 61, 73/76 and 88 keys. Effects are also usually present in large numbers.

A “workstation“ has next to an extensive synthesizer and effects, more or less a complete sequencer on board, with which you can create multi-track MIDI recordings. In the era of computer-based DAW software, however, these onboard sequencers are becoming increasingly irrelevant.

Some high end workstations, such as the Korg KRONOS and the Yamaha MONTAGE, also have other methods for generating sounds, such as a virtual analog sound engine, drawbar emulation, or FM. 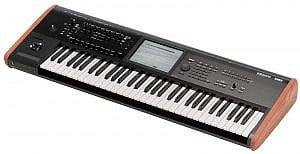 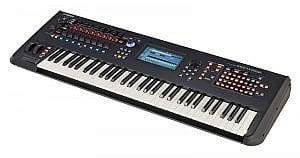 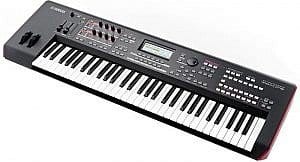 During the 1990s, the desire for powerful synthetic sounds, which the sample-based workstations of that time could not deliver satisfactorily, came back in the wave of techno, house and hip-hop. The analog sound was back and with a vengeance. Old synthesizers from the 1970s slowly developed into collectors’ pieces, and suffered the ravages of time as well as from the technical limitations of their time (no MIDI, no storage space, and etc.). When the DSPs became more advanced, various manufacturers set out to emulate analog synth circuits on a digital level, and thus the virtual analog synthesizer was born. Unlike workstations, this type of digital synthesizer does not use samples, but the analog circuit behavior is modeled as faithfully as possible using algorithms and computed in real-time.

Interest in virtual analog synthesizers have somewhat declined in the end, because of the increase in the availability of “real” analog synthesizers. Nevertheless, numerous interesting models are still available, which often sound “analog” plus all the achievements in digital technology – especially the large polyphony, sound flexibility, lots of memory and interfaces such as MIDI and USB. The Korg microKORG, which is by far the most popular synthesizer in recent decades, belong to this category and has just received an update with the microKORG S. 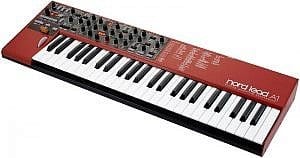 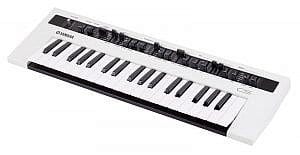 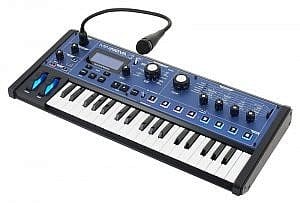 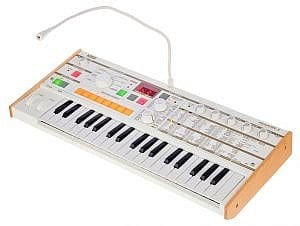 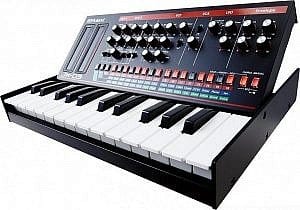 While the virtual analog sound generation still appeared to be the way of the future in the 2000s, in recent years there was a trend towards real analog synthesizers. This development was fueled by manufacturers such as Korg and Arturia, who proved that analog didn’t have to be expensive or exclusive. Thanks to technical advances and the combination of analog and digital technology, today’s new analog synthesizers are also free from of most weaknesses in the 1960s and 1970s models. They often (not always!) provide memory locations and their oscillators are mostly quite stable. Today an “analog synthesizer” means an instrument whose sound-generating devices are constructed using analog technology. However, this does not mean that the device is completely analog: often, digital components are used for the control, which, among other things, allows storage and MIDI. 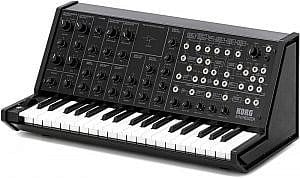 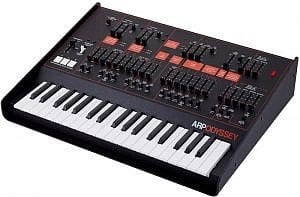 An important point as to how Analog synthesizers differ to workstations: it’s not a matter of reproducing natural instruments, but about producing synthetic sounds that are often new and unique. Many believe analog synthesizers sound more powerful and organic than their digital counterparts – a question that ultimately depends on the individual’s taste. One thing’s for certain: analog synthesizers are now as popular as ever and while they have been very expensive for a long time, they are now available at lower budgets. Its recent success has brought back venerable companies in the Analog era of the 1960s and 1970s. Moog Music are now more successful than ever and have recently even reissued the legendary Minimoog Model D. Korg also reissued two analog legends, the MS-20 and the ARP Odyssey, furthermore the name Sequential is back!

The quality and capabilities of an analog synthesizer are difficult to measure. For the sound, it is crucial how the individual circuits are built up and linked – as well as how to work the synthesizer. For example, a synthesizer with three oscillators is not necessarily “better” than one with only two. Each analog synthesizer has its own character and individual strengths and weaknesses.

These days, the entry into the analog world can be pleasingly cheap. The pocket synthesizer Korg monotron, which had a significant influence on the wave of cheaper analog synths, is already available under 50 euros. Even “real” analog synthesizers are available for just a little more, and it is amazing how “big” these “small” synthesizers can sound. 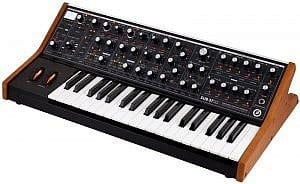 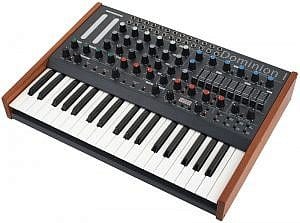 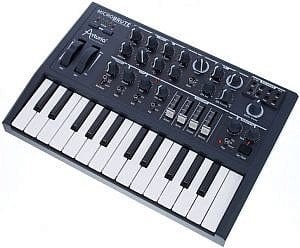 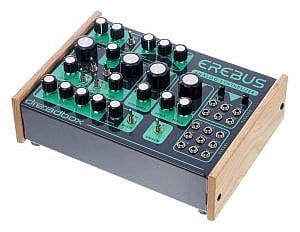 Despite the price slump, there’s a principle from the golden analog era of the 1970s which can still be observed today: polyphonic analog synthesizers, which can produce several notes at once, are significantly more expensive than monophonic ones. This is because the respective circuits in polyphonic analog synths must indeed be present more than once, while the polyphony in digital synths are merely a question of computing power. But here too, prices are falling, and manufacturers such as Korg and Behringer are now offering polyphonic analog synths at prices which one could only dream of until recently. 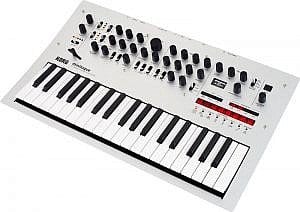 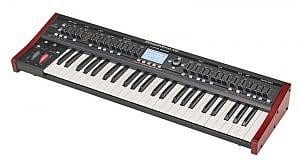 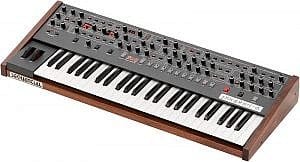 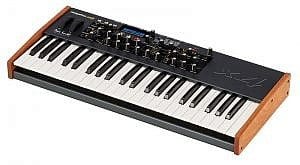 ? link to our top 5 synthesizers. 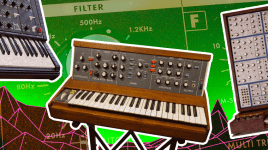 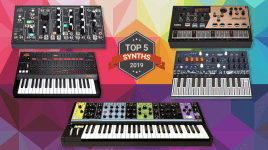 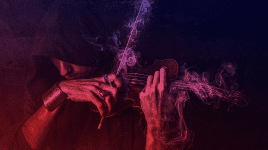 How to Create Spooky Sounds

How to Create Spooky Sounds 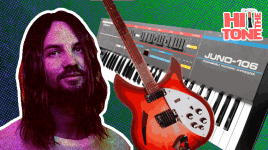 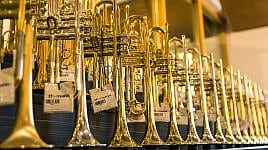 The Best Trumpet for Beginners

The Best Trumpet for Beginners 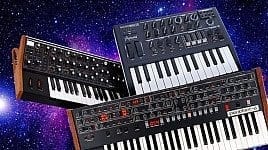 Hi I starting in this for a beginner is better a mono or polyphonic ?

since i record lots of sounds how do i listen to them again?

since i recorded lots of sounds how do I listen to them again?