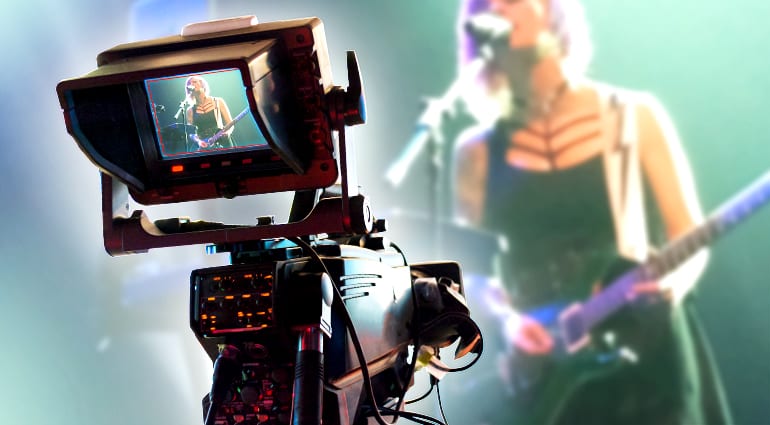 Sometimes roles in movies require some extra effort. Whether it’s simply (!) gaining 30 kg of muscles in under 6 months to play Batman or learning a new language or accent, actors sometimes have to work way beyond their shooting schedule hours. For some movies, actors had to learn to play (or pretend to learn to play…) a musical instrument. Some of them eventually enjoyed it so much that they kept on doing it off-screen. Let’s find out who did this best!

Christian Bale is an incredible actor. Photos that prove his commitment to the movie part are easy to find on the web: he achieved incredible body transformations during his successful career, and his will to prove what an incredibly versatile actor he is doesn’t end with protein shakes and weight loss: for “The Big Short” Bale had to learn to play drums to film the scenes where his character “relieves some stress” by blasting some beats, while he predicts the market collapse. The incredible part? He learnt the basics in just two weeks by continuously listening to Pantera. We expected him to give Ozzy a try as well, given his passion for bats. Too bad!

To fulfil the role of Szpilman, Adrien Brody was literally forced by director Roman Polanski to take piano lessons and practice for several hours a day. His commitment went a little bit further by dumping his girlfriend, selling his car and apartment and relocating to somewhere in Europe to really “understand” how a man that had lost everything feels. It paid off, though: he went on to win an Oscar for Best actor at age 30, the youngest actor up to that point. Hats off, Adrien, hats off.

Matt Damon and Jude Law’s famous jazz club scene is memorable to music lovers. While enjoying life in southern Italy, surrounded by good food, amazing weather and stellar music, the two friends went on to play at the local jazz club every once in a while. Matt Damon actually learned to play piano correctly, even though the music you hear in the movie was played by the movie soundtrack composers for practical reasons (on their behalf, it’s important to remember that playing jazz is everything but easy!). The charming Jude Law, on the other hand, learned to play saxophone and started to enjoy American culture and music from the ’50s, reportedly enjoying it to the point where he actually became a fan, for life, of that music style.

When you see Ryan Gosling’s close up scenes on the piano during the many songs in La La Land, you’d think that the director hired a jazz musician to play those parts. Except he didn’t. Ryan Gosling, an ultra-talented actor known for movies such as Blade Runner 2049, Drive, The Place Beyond the Pines and, of course, the multi-award winning La La Land, actually learned to play piano by performing ‘City of Stars‘ several hours a day for half a year. The result? A cascade of Oscars and Golden Globes.

Bradley Cooper – A Star Is Born

Bradley Cooper, once just a great actor, superb director and worldwide-known good fella, went on to become a formidable musician to do justice to his upcoming movie, A Star Is Born, and his character, Jackson Maine – a country singer who falls in love with an upcoming star (portrayed by Lady Gaga). He took vocal, piano and guitar lessons for a year and a half, showed up during Glastonbury while Kris Kristofferson (who portrayed Cooper’s character in the 1969 version of A Star Is Born) was performing and went onstage with none other than Willie Nelson.

His chemistry with Lady Gaga gave the final touch to an incredible movie which is all about music and pursuing your dreams. Go watch it!

Do you know of any other actors who became musicians for their movie roles?
What was your favourite one? Let us know with a comment below! 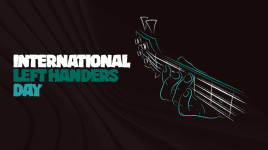 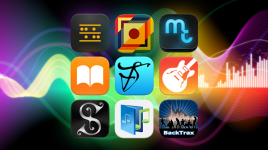 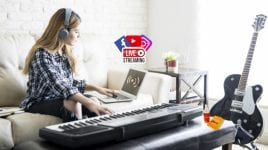 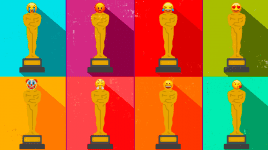 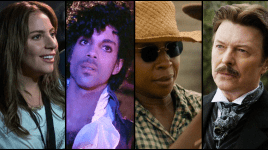 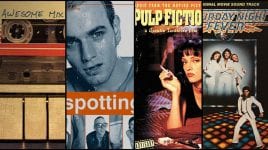 Meryl Streep learned the violin for Music of the Heart.

What about Johnny Depp? how could you skip him???

Depp already knew how to play music. Hi did not learn for a specific role.

I know it’s an older film but Ralph ‘Karate Kid’ Macchio learned to play guitar to mime to Steve Vai and Ry Cooder playing in ‘Crossroads’. Not a bad film either.

wow, this is a really nice post I can say that this post will help me a lot it will go along way with me. thanks for sharing this. https://www.joshdriod.com/subscene/

Another great movie application is thoptv online. With this application I was able to watch a lot of free movies and TV channels with the best picture quality.

There are few actors too, who made a big name in the music industry. Another application to watch trending movies is Thoptv online. You can watch movies of any ex-actor on this application.

There is no chance that your device might get hacked or some private information of yours get leaked while using or downloading Rexdl mods from this site as all of them are tested first and then the MODs reach to the customers.

nice post you can watch movies on netflix apk for android with this app you can use netflix services on mobile. https://www.netflixapkdownload.com

There is a new mod that allows multiple new functionalities that were not available originally on the default version.

Thanks a lot. I love music. It’s in my soul… Also, I am a gamer. Visit my website, it will be a lot, and it’s related to clash of clans. clash-of-clans-mod-apk-download

Thanks a lot of this inspiration. I love GBWhatsapp.Check here, https://gbmod.net/download-gbwhatsapp-apk/

I am an artist, love to play band and guitar. WordPress Guide= https://9to5wordpress.com/

nice all the artists are my favourite i listen their all songs on spotify premium https://technoquack.com/spotify-premium-apk/

Another great movie application is thoptv online. With this application I was able to watch a lot of free movies and TV channels with the best picture quality.

kinemaster mod apk without watermark 2020 with no watermark feature unlocked. Keep reading, and I will guide you on how you can use it to create a professional video without hiring any video editor.

The TV show app is great, I have downloaded it in apk mod, convenience store for mobile phone.

Great write-up, I am a big believer in commenting on blogs to inform the blog writers know that they’ve
added something worthwhile to the world wide web!..

Download Lucky Patcher for your device to crack any device apk free of cost like block ads, Allow permissions, and many more.