Send report
features sound quality response
Poorly-finished with a flimsy case, but the sound is acceptable
Mark9073, 30.04.2014
This is a very cheap plastic bass recorder: less than half the price of the plastic bass recorders that are produced by the major Japanese names in plastic recorders.

Having read some positive comments on this website about the Thomann bass recorder, I took the plunge and ordered one.

Unfortunately, the case of the first recorder that Thomann sent me arrived with a broken zip. I sent it back and was sent a replacement. That recorder arrived badly-scratched and with damage to the end of the windway - and the zip on the second case didn't work properly either. I sent that recorder back too and got a refund.

If you are lucky enough to get one that is unscratched, these recorders look fine from a distance. Close-up, however, it becomes apparent that the finish is poor. The plastic seams are roughly-finished. The plastic around the keys on the two examples I have seen looked as if they had been gouged by the screwdriver that was used to fit the keys. It looked as if these recorders had been hastily-assembled, with poor quality control in the factory. The case in which the recorders come has a very weak zip (the zips were broken on both examples that I have seen).

On a more positive note, I did try playing the first recorder that I was sent. It sounded fine and played all the notes that you would expect it to without any problems. These are certainly usable recorders, if not particularly high-quality ones.

I would sum up by saying that if price is more important to you than quality, this could be the bass recorder for you - it is VERY cheap. However, if you care about the quality and appearance of the musical instruments that you play and are not willing to put up with the faults that I have outlined above, I'd recommend that you do as I eventually did: stump up the extra cash and buy a bass recorder made by one of the well-known Japanese brands. There is a big difference in quality between the two. But given that this Thomann bass recorder is less than half the price of the well-known Japanese brands, it will probably suit some people down to the ground.
Helpful · Not helpful · Report
Report rating…

Send report
features sound quality response
A great bass recorder.
Kieran E., 15.02.2014
I bought this bass recorder to complete my four piece consort collection. I recently bought the Thomann tenor recorder which in turn prompted me to buy this one. I have never been a fan of cheap plastic instruments, in fact I always prefer to save for a good instrument in the first place. I am a multi-instrumentalist and always invest in the best tool for my trade eg. my beloved Mark VI tenor sax and my handmade bass guitar. So why this? The Thomann Tenor recorder was so good that I had no hesitation purchasing their own brand bass recorder. The recorder comes in a well fitted bag. It assembles with ease. It plays perfectly. The last bass I played was in my student days and it was a Moeck. This Thomann bass recorder is perfectly adequate for either the teacher who wants to let students learn, the part time bass recorder player like me, or just to have around with your other recorders. If I were a professional bass recorder player I'd invest in something more appropriate. But I'm not. I'm a very enthusiastic recorder player of more than 30 years experience and I wouldn't hesitate in highly recommending this instrument. If you want a bass that works well, is easy to play and sounds nice don't waste your money on a more expensive plastic instrument. Buy this one.
Helpful · Not helpful · Report
Report rating…

Send report
features sound quality response
Very good budget instrument
Minh-Hoang, 11.11.2020
Pros:
- Great response although I expect it to be a bit more resistant.
- It is in tune.
- The low price, great for students like me.

Cons:
- Condensation, like every plastic instrument, which mess up the notes from C4 upward.
- Mine has a bit of scratch inside and few imperfections outside.
Helpful · Not helpful · Report
Report rating… 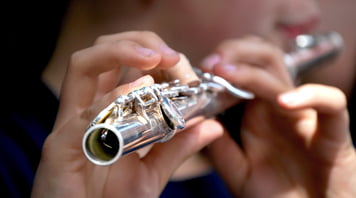 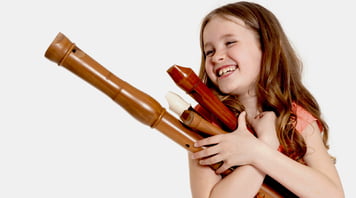