The acoustic laws – which are the same for whatever sound is being produced on whichever instrument - are:

Examples are Ambassador, Diplomat and Powerstroke 3

You get them in light medium and heavy. The light ones are mostly used as resonant heads. One ply heads excel with a more open and truer tone compared to two ply heads.

Pinstripe as a classic, Emperor and Powerstroke 4 are examples for 2 ply drumheads.

They have a fatter sound and faster decay – meaning their sound is shorter compared to 1 ply heads. Because of the extra layer they last longer, like a built in reserve. 2 ply heads are mostly used for Rock, Pop, R&B etc.. They are unsuitable as resonant heads.

Resonant heads are always 1 ply. They help shape, as mentioned above, the sound of the drum. The resonant head gets excited by the batter head and responds – tuned accordingly – with a range of harmonic overtones. The overall combination of the instrument's specific overtones are what determines the timbre ("flavor of sound") of that instrument.

Resonant heads are usually very thin. In general they can not be used as batters. They tare or dent.

Drumheads come as transparent, coated white, coated black, to name but the most common. The colour or coating however is not just visually appealing – it influences the sound also. 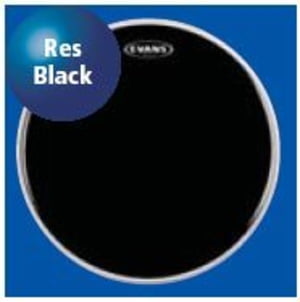 Traditionally drumheads are coated white. This originates most likely in an attempt to make them look more like actual skins in the first place.

The coating is imperative when playing with brushes – on the snare. On a smooth surface you don’t get the typical brushes sound. Apart from that the coating ads to the oscillating mass, hence giving more low end. The same is true for black drumheads. The black colour makes it even heavier adding extra bass. 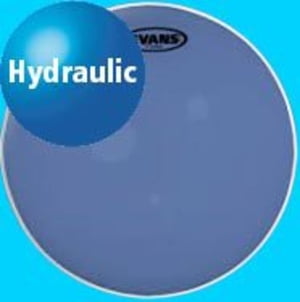 A 2 ply drumhead with a small amount of oil in between. On one hand the oil adds to the oscillating mass hence more low end – on the other hand it eliminates unwanted overtones.