The snare special construction in combination with its central position within th drum set make it something like the nerve centre of your groove. A beat on the snare shines through any band's background sound, it is a signal sound in many ways.

Compared to toms, snares are relatively expensive. This is not least because they contain sometimes very sophisticated mechanisms for lifting the snare rattle off the snare head. The history of the snare drum is full of prime examples of drum makers' inventiveness, such as that of the legendary US company Rogers Drums. For example, the Rogers Dysonic Snare's snare rattle was embedded in a massive cast hoop. Any drummer should have a look at one of those! 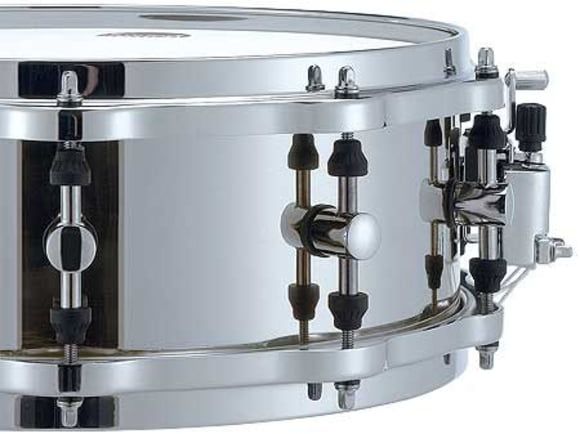 The most exclusive solution avaiable to today's snare player is the true parallel action. This mechanism features a set of rods extending from the strainer on one side of the drum to a counterpart on the other side. When you move the strainer on one side, the lever on the other side automatically moves in unison, lifting or lowering the snare rattle extremely exactly and evenly. Furthermore, the rattle's tension can be adjusted very precisely using a tuning screw.

Another method is the so-called pseudo parallel action, in which flipping the strainer causes tension to increase or decrease and correspondingly triggers a spring mechanism on the other side.

Finally, there is the less sophisticated method of simply stretching the snare rattel to create tension and relieving the tension by flipping the strainer. But if you stretch the snare rattle too tightly with such a systems, it can wear out rather quickly.

In modern snare constructions, the snare rattle is often embedded in the drum head rest in a manner tio ensure absolutley even contact to the snare head.

What we have said about other drum shell materials is true of snares in principle, too. But only if the snare was actually made of wood. For snares are the only drums in a set which are routuinely made from metal as well as wood. Compared to wood, metal offers superior sustain and develops more forceful overtones. The sound thus becomes brighter and more asertive which suits the snare's role as the set's centrepiece.

This is a short overview of the most frequently used alloys:

Whether you opt for a metal or a wood snare is completely up to your personal preference. Metal snares generally sound brighter and more pervasive. Wood snares are warmer in sound. The shell depth, too, influences a snare's sound. Very shallow snares do not achieve much volume, but are favoured by those looking for a precise attack. Deep shells privide both volume and pressure.

TIP: To ensure a sry and crisp sound, it is almost always necessary to muffle the snare a bit. Of course it must first be tuned! Maybe you don't need to dampen it after tuning, anyway. If you do, sticking some gaffer tape to the edge of the snare head could be all you need. Or you take a broken old skin, cut out a circle leaving a ring of about 3-4cm. Simply put this ring onto the snare head to achieve balanced dampenihng. Why not try it out today? It'll be worth it! 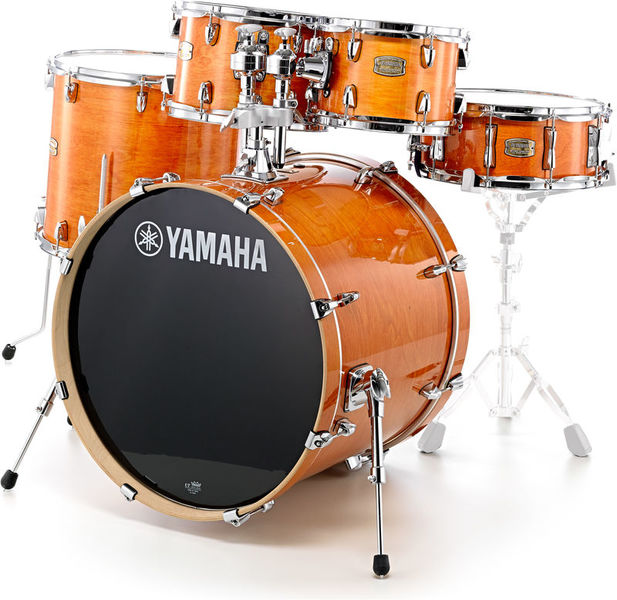